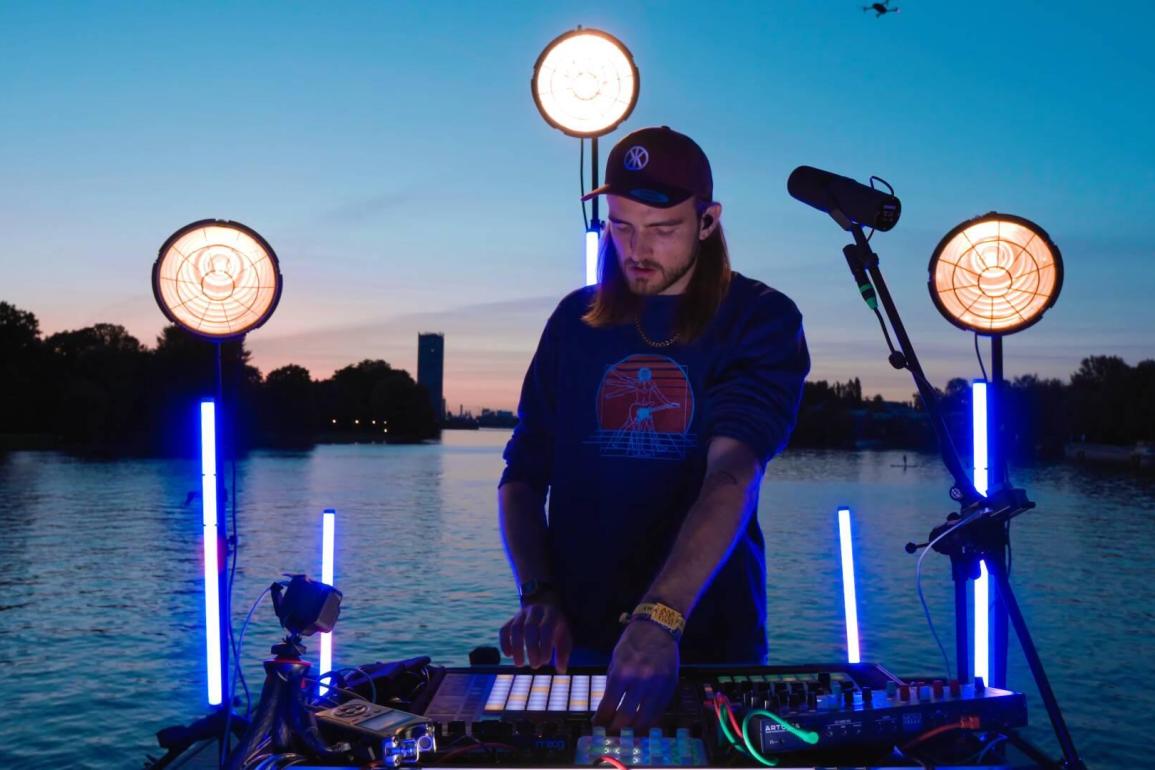 It’s rare to come across an independent production where the musical and visual storytelling complements each other so well, all while showcasing the birth of a new style of music that seems to come from the past, the future, and the present. This is what Konchord is all about.

This live set features seven previously unreleased Konchord tracks that showcase a previously unheard Konchord sound that may recall Depeche Mode or Pink Floyd from the 1980s while maintaining a warm, modern electronic feel similar to David August or Moderat. Nonetheless, his distinct style is evident throughout the set, which patiently builds tension through long-drifting spaces that transport you to a heart-warming universe of harmonies – and you can’t help but groove to it. Slow Techno, Dark Disco & Rock’n’Roll, it’s all on board.

“Summer” is performed on a cute little houseboat as it floats down Berlin’s river Spree, capturing the breathtaking scenery of a spectacular sunset behind the stars and sprinkles of the city. You’ll be drawn into Konchord’s world of space and sound by captivating drone shots and minute-long consistency of musical flow and energy. Because the music and video work in such a symbiotic way, one should expect goosebumps when listening to Konchord’s summer tape.

Konchord takes listeners on a journey with soulful electronic music at the intersection of slow melodic techno and psychedelic rock. Soft and tender at times, dark and deep at others, bright as the sun at others, but always with an inner compass pointing to harmony and balance. Konchord’s music can evoke feelings of traveling through far distant galaxies in a neon light disco-spaceship, with driving basslines, deep space atmospheres, synth melodies for the mind to fly high, and a hint of playful weirdness.