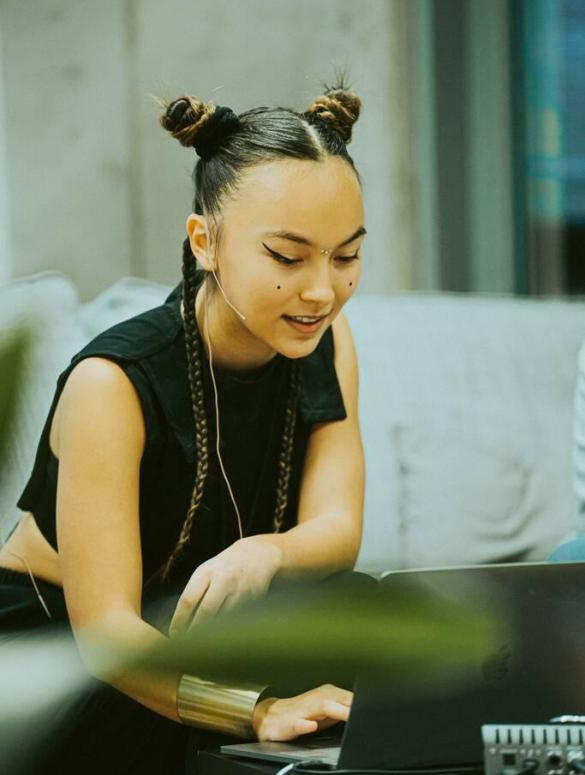 JOPLYN begins 2022 with the release of her brand new single I WON’T STAY, which has already been featured on Spotify’s New Music Friday and Electronic Rising playlists.

In the chorus, big synth pads appear, along with new percussion and a lead synth melody. The music builds to the final climax as a new staccato analog synth line is introduced, and JOPLYN soars into her falsetto and emotive high emotional vocal melodies.

The synth pads’ cutoff is now fully open, and the groove is firing on all levels until the song fades out slowly with the main vocal chant.

I Won’t Stay is about the transient nature of existing. The fact, that nothing is forever, and that identity only stays the same by moving and evolving. Hence, the only thing tangible to hold on to are the memories of the past. Still, even those are bendable and able to assume new shapes and forms.

JOPLYN is a Berlin-based songwriter, vocalist, producer, and DJ whose recent electronica/house singles have already been remixed by electronic heavyweights like Booka Shade, HOSH, and others. For one of her last singles “SEVERA (daughter of fate)” she cleverly combined different elements to an exciting mixture of Berlin Club Beats, ancient ethnic vocal samples, her own angelic voice and analogue synths and weird arrangements.

Her last single “Fact & Fiction/Can’t Get Enough” on legendary Watergate Records Berlin was named “essential tune of the week” by Pete Tong on BBC Radio 1 and garnered worldwide support by DJs and editorial playlists. Pete Tong hand-picked her for “Radio 1’s Future Stars of 2022,” and she’s already done a 30-minute guest mix.