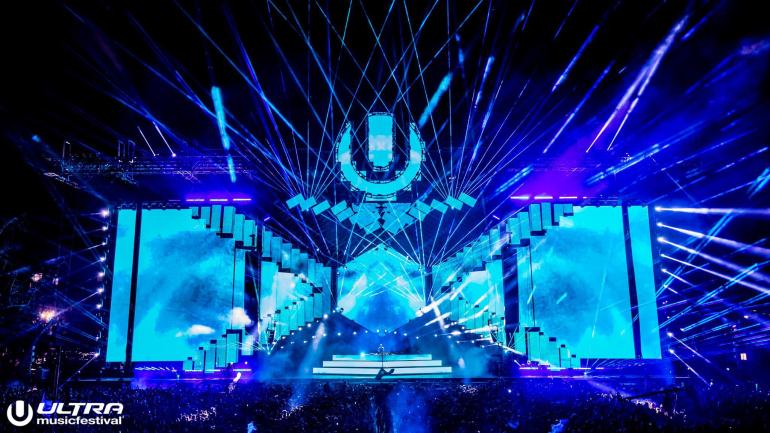 Day 1 of the 20th edition of Ultra Music Festival Miami has just ended; let’s go over what happened on this first day.

4 pm Local time and the main stage opens with Raiden inflaming the dancefloor immediately from the first track. The DJ set continues with his own productions, as “C’est La Vibe” with Tom Tyger, and big mashups; to report the amazing work with his track “Always Find you” played in an unusual super mashup with the Blinders and Sunstars Remix. Continues with the line-up Oliver Heldens at 6 pm as brought some sexy vibes on the main stage (without the rain this year). Full of his own production, the mix is super-rich of exclusive mashup and new tunes, as the collaboration with Sofi Tukker, a new Hi-Lo single, and a collaboration with Chocolate Puma.

A lot of DJs have played after that but, the most interesting performance on the main stage was, for sure, the Axwell and Ingrosso one, not for the set itself but for the intro. The whole Dj set hasn’t changed a lot over the past years; they played their production, Swedish House Mafia records, a couple of mashup between Axtone’s release and hit of the moment (as the one between “Jack that Body” and “Cola”). The interesting part was the Intro, the one, and the only ID played.

A fast melody and epic bassline make the track very similar to a Steve Angello one or, even better, a Swedish House Mafia Records. Obviously, the most disparate hypotheses were born; from a collab to Steve to a new SHM original record. As you may imagine, it’s too early to say something about that, so, in the meantime, we can enjoy it from the stream above.

The Day 1 has ended with Axwell and Ingrosso performance on the main stage but, what happens to the other stage? Resistance, Arcadia Spider, and UMF Radio stage were streamed via audio stream so, you can re-live most of the sets.


Starting with the UMF Radio, a very cool performance was the one by Sick individuals where, as announced on the interview at UMF TV before the show, they have premiered new materials. Interesting the first one, which was used as the intro, a fresh new Sick Individuals style record. Banging was the mashup by their record “Skyline” and “In My Mind”

Switching to the underground side of ultra, Resistance, hosted in the megastructure, gave a massive show as well as the Arcadia Spider with its eclectic stage.

Concluding, we can say that this first day of Ultra wasn’t exactly exciting for the “mainstream” area; all Dj who has played on the main stage has delivered a pretty standard set without so much new music. The exciting part instead, happened on the underground are, between Arcadia Spider and megastructure, with sets full of new music, IDs, and records never played before.

Day 2 of Ultra Music Festival will start later today but, in the meantime, you can recharge your energy listening to the best sets of this Miami Music Week heading over our Mixcloud.