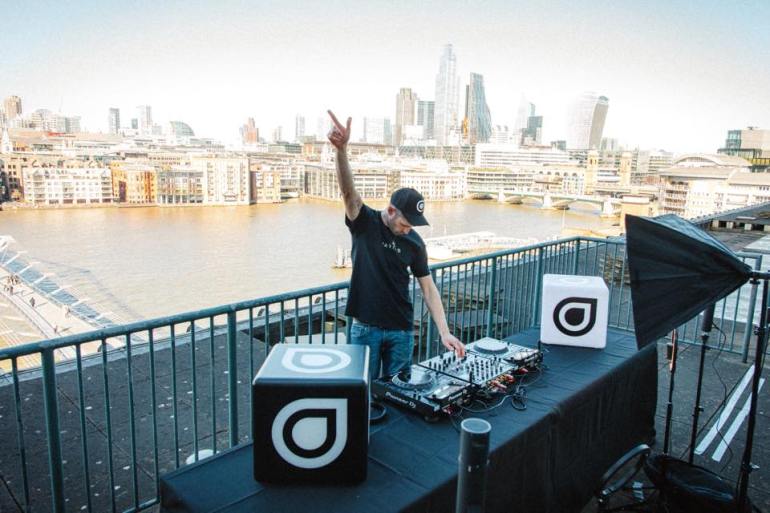 Farius shows no signs of slowing down with his scintillating new track ‘Love Is Love‘ with Sue McLaren as part of his ‘Diversify‘ EP (download), following his debut guest mix on A State Of Trance and massive DSP support across the board.

Since the release of his debut album ‘From The Start‘ in 2020, Farius has received unprecedented support from the dance world’s heavyweights, including Armin Van Buuren, Above & Beyond, and many others. With the genre-bending EP ‘Diversify,’ the London-based DJ/producer takes his sound to the uncharted territory after another stellar year of releases in 2021.

The five-track EP includes fan favorites Ironcast and Chromosphere, as well as three brand new singles: ‘All Aboard,’ a trance-meets-breakbeat hybrid; ‘Alibi,’ an uplifting, synth-laden and emotional production; and the incredible ‘Love Is Love,’ a collaboration with trance vocalist Sue McLaren in which the duo express the impoliteness of love.

Diversify is the next musical chapter for me – I really wanted to move my sound on and show the diversity of what I can do in the studio when writing. All Aboard is probably my most different track yet – a ravey trance-meets-breaks track, whilst I was also lucky enough to co-write with the incredibly talented Lauren L’aimant on ‘Alibi’, and on ‘Love Is Love’, I worked with Sue McLaren who wrote a stunning topline with a beautiful story about discovering yourself and not changing for anyone. – Farius discussing the EP

Farius has made his mark on the Enhanced Music fold as a key member of the A&R team and a much-loved host for the weekly Enhanced Sessions Radio Show, in addition to his work as a fast-rising artist.

And now, unlike previous releases in the last year, live music is making a comeback around the world, and Farius has no plans to wait to perform these tracks live. With his first London show under his belt and a highly anticipated appearance at ASOT 1000 coming up in September, the UK-based DJ/bright Producer’s future is looking even brighter as we begin this new chapter.