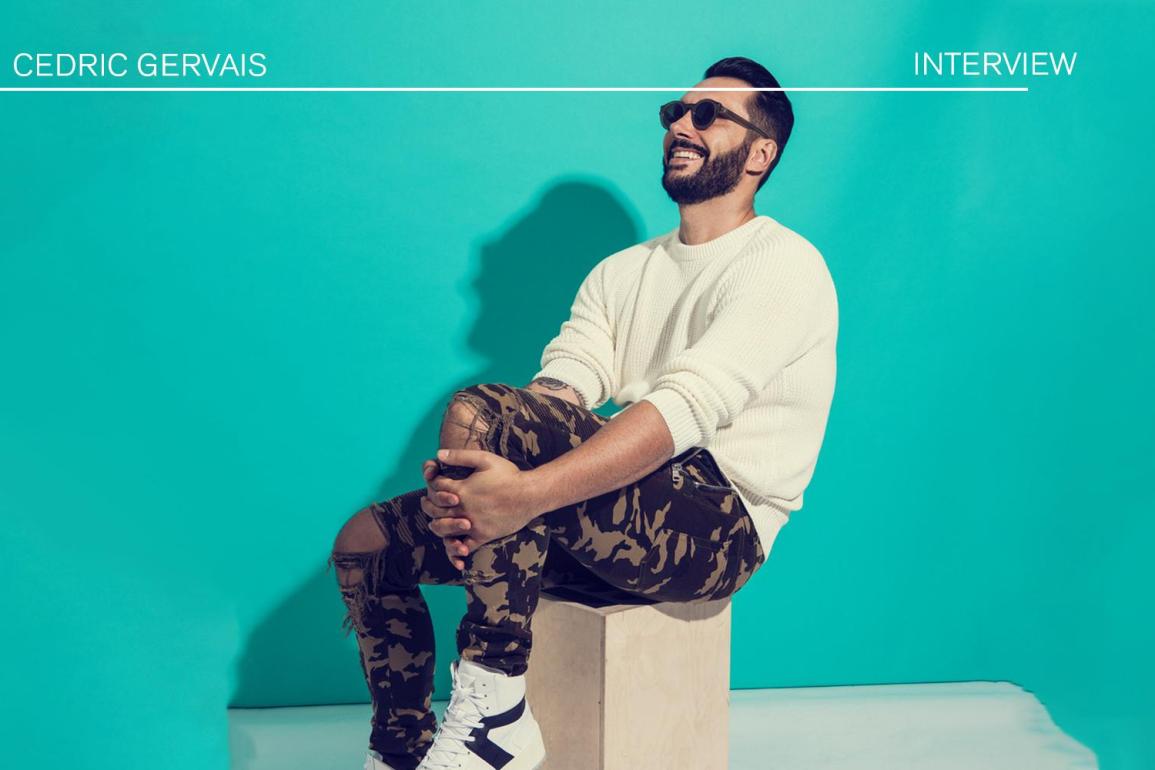 [vc_row][vc_column][vc_column_text]Fresh from an amazing week in Miami, where we have seen him playing on the coolest clubs and parties of the city as well as at Ultra Music Festival, we sat down with Grammy Award Winning DJ, Cedric Gervais.

He’s recently released his new single ‘One Night’ feat. Wealth via Island Records, a deep and brooding bass-backed anthem with a superbly soulful release, led by a gritty bassline we suggest you check.

Below you can find our integral interview where Cedric has revealed to us some interesting news for the future.[/vc_column_text][vc_column_text]

[/vc_column_text][/vc_column][/vc_row][vc_row css=”.vc_custom_1523634289645{background-color: #eaeaea !important;}”][vc_column][vc_toggle title=”Hi Cedric, hope your good! You recently released your new single ‘One Night’ ft. Wealth. Tell us more how the track was born. Do you have composed first the instrumental and then searched for a vocal or you have worked together with Wealth and you built it for the vocal?” open=”true”]I actually had a bit of the beat done first, but when I heard the hook from Wealth I knew exactly how it would fit, and I built the rest of the track around that. His voice works perfectly with the feeling I was trying to create.

[/vc_toggle][vc_toggle title=”With ‘One Night’ you’ve dived into the deep house genre, with this sexy and relaxing bassline and melody. Do you like to explore in the music genres, trying something new?” open=”true”]I never contain myself to a single genre, I’ve always just made what I felt like making. House music is my roots and where I got my start, so for me, this song isn’t something new so much as a return to something I’ve always known and loved. But I also love trying new things and testing out new sounds.[/vc_toggle][vc_toggle title=”We’ve heard your DJ set at Ultra Music Festival Miami, and you’ve played another version of ‘One Night’, more mainstage/club oriented. Have you planned a released for that?” open=”true”]Yes, that was the D.O.D remix which is coming out very soon, look out for that. D.O.D is one of my favorite upcoming producers right now he’s such a talent.[/vc_toggle][vc_toggle title=”You have shared the stage at Ultra with a new friend, a fan with motor difficulties who had come to Ultra specifically to hear your DJ set. Could you tell us more about the story?” open=”true”]That was amazing, a friend of mine spotted him in the crowd having a great time and brought him over the VIP area next to the stage, and they asked the stage manager if they could bring him up. The stage manager asked me while I was playing and I said yes of course, and we put him right next to me in front of the decks so I could meet him and he could experience what being a DJ is like.  It was really special for me to meet someone like him and I’m glad I got to give him that experience too.


shout out to my new friend @_bubbyv97._ for making my ultra one of the most memorable to date. you have inspired me to practise gratitude and be more aware of the ways i can use my power to make the world a better place.

[/vc_toggle][vc_toggle title=”During the MMW you have played alongside Diplo at LIV Miami in b2b. How was sharing the console with someone that is used to play music of a different genre? An interesting combination of sounds I think.” open=”true”]It was really fun, he actually played mostly house music with me which was cool. It’s great to be able to join musical styles with such different DJs.

[/vc_toggle][vc_toggle title=”From your touring schedule, we can assume you’re a very busy DJ and producer. Are you able to produce on the go or do you prefer to take a break from the tour and spend some time in the studio for that?” open=”true”]I never produce on the road, I can never get into the right headspace to have the ideas I need. I produce in my home studio in Miami.[/vc_toggle][vc_toggle title=”Have you planned some new tracks from you or on your label?” open=”true”]Yes, I have a ton of new music coming this year. My next track “Do It Tonight” next month, a track with Christian Marchi called “Jungle Calabria”, collaborations with DOD, Tujamo… so many new tracks I can’t wait to let everyone hear[/vc_toggle][/vc_column][/vc_row][vc_row][vc_column][vc_message message_box_color=”success” icon_fontawesome=”fa fa-handshake-o”]We want to thank from the bottom of our heart Cedric Gervais for the interview. We can’t wait to hear what’s coming next![/vc_message][/vc_column][/vc_row]