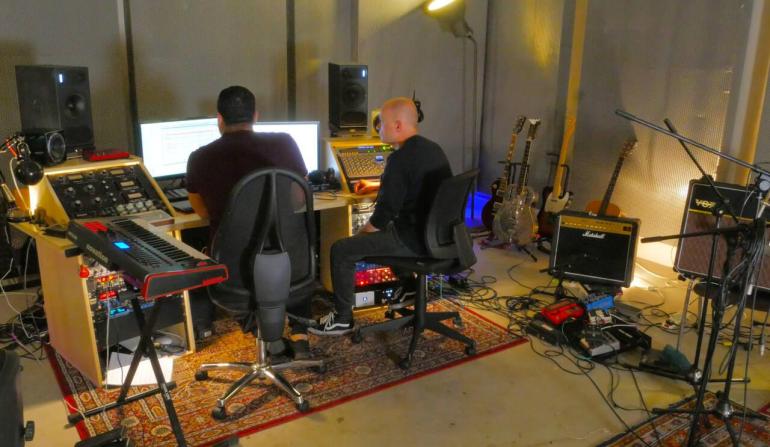 Road Kahan, based in Amsterdam, proudly announces the start of a new journey: in collaboration with Sony’s The Orchard division, the Dutch duo Road Kahan launch their own Interstellar Frequencies label. Road Kahan’s first release is Observer, with the label’s goal is to find and share only the best melodic techno, progressive, and house music.

Interstellar Frequencies, which focuses on Road Kahan’s releases, is a great example of going against the established order in today’s music industry. The label’s main focus will be on the work of Bardo ‘DJ Nymfo’ Camp and Daan van de Pol, who will be known as Road Kahan. Each month represents a new release from this up-and-coming duo, who are no longer reliant on A&R or label politics but are instead free to share their best sounds with the world. The label will be open to releasing tracks by other artists in the future, but for now, it’s up to Road Kahan to put on a show.

Despite being a drum and bass powerhouse, Bardo Camp appears to slow down and get into the groove with Daan van de Pol for their Road Kahan project. The producers have made a lasting impression with tracks like ‘Endurance,’ ‘Be You’ [Armada Chill], and ‘Remember Tomorrow’ [Purified Records] since their ‘Blue Velvet’ debut on Armada’s Electronic Elements in 2017. Next up, celebrating the launch of Interstellar Frequencies, Road Kahan brings ‘Observer’, a mighty fine collab with Dutchman RAiK – a producer/songwriter/instrumentalist who’s worked with the likes of Major Lazer, J Balvin, Eva Simmons, and more. ‘Observer’ is a perfect match for the darker seasons, delving deep into the groovy type of melodic techno. Now that the clubs have reopened, ‘Observer’ appears to be the one track on everyone’s playlist.

Save Road Kahan Observer on Spotify here or check below for the stream.