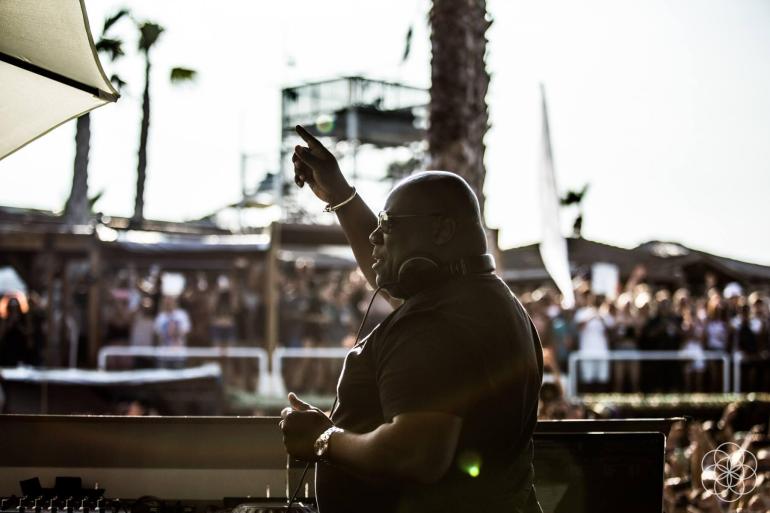 To celebrate the 20th anniversary of the incredible 1999-20 venture, Carl Cox will return to Hawaii

Normally, is not an everyday thing to see two Millenium in a lifetime, even more, if you’re a day playing during the end of one and at the beginning of the new one. Clearly, Carl Cox is not a common man. 20 years ago, he flew halfway around the world after performing at midnight 1999 and managed to ring in the year 2000 for the second time in one night after beating the dateline.

In the span of 24 hours, twenty years ago, Carl Cox made history; he has been the only artist to ring in the same new year in two different countries. Cox played Australia’s Bondi Beach in December 31st, 1999 and welcomed the year 2000 another time, how? He winged himself across the international dateline, dive backward in time and play Hawaii’s Kakaako Waterfront Beach on December 31st, 1999. BBC Radio 1 broadcasted live the event from both locations to millions.

Eddie Gordon, producer for BBC Radio 1 remembers that day as:

…the best reception was in Honolulu because it was the biggest dance music event to ever hit the island, plus was endorsed by the Hawaii Governor as their official State of Hawaii Millennium party. The crowd were so hyped up that they were running at the stage in sheer mania. It was electrifying and made me smile proud at the madness of it all looking at the stars in the open Hawaii air while Carl Cox set about them with his tunes…

To celebrate the 20th anniversary of this incredible venture, Carl Cox will return to Hawaii. Hosted by Denial Events and the Electric Family, Carl Cox will return to the big island. He will ring in the new year for 1100 lucky people at Honolulu’s premiere concert venue, Republik. Equipped with an impressive sound system and light effects, Republik features also video monitors; they allow guests to see the show from all vantage points.

Besides gifts like branded party favors and merchandise, guests will be able to join Carl for a champagne toast at midnight.

Hawaii in 1999-2000 was absolutely amazing for me and I cannot wait to be back for New Year’s Eve! I promise not to stay away so long in the future – Carl Cox

On New Year’s Day, the party will transition from Republik to a private boat. It will take guests on a tour around the island while Carl Cox continues what he started from the night before. Only ticketed guests from the night before will have access to this extremely intimate experience. The oat party is on a first-come, first-serve, basis. Those holding Republik tickets will be sent a private purchase link on Dec 5 for the boat that is valid for just 24 hours. With just 100 spots available, those who purchase early stand the best chance of securing their boat pass.