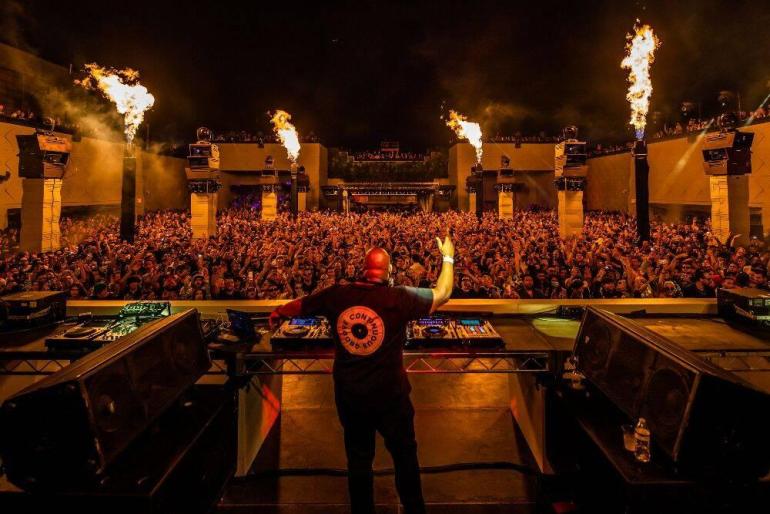 Carl Cox will be bringing a taste of what some of the industry’s heavyweights have to offer for a premier weekend takeover at Avant Gardner on Saturday, March 19th for ‘Carl Cox Invites‘ and Sunday, March 20th for ‘Carl Cox House Sessions,’ returning to Brooklyn’s most coveted entertainment complex. The two-night indoor event, which follows Carl Cox’s sold-out season-ending event at Avant Gardner’s outdoor oasis The Brooklyn Mirage, will feature extensive musical programming hand-picked by Carl Cox himself. Fans and music connoisseurs will have the rare opportunity to see live performances and DJ sets from some of the biggest names in house and techno on an eclectic, multistage lineup.

Dance music fans will be treated to a true gem of a lineup for ‘Carl Cox Invites’ on Saturday night, with the powerhouse himself joined by fifteen esteemed tastemakers across three stages. New York native Avision, along with London-based creative force B.Traits and Tronic label head Christian Smith, are set to provide the night’s soundtrack. SCI+TEC founder and acclaimed techno innovator Dubfire, as well as rising Brooklyn talent DESNA, who was named one of DJ Mag’s 2019 ‘Emerging Acts To Watch,’ will be bringing their A-game. U.K. house music staple Hannah Wants is also set to perform her four-on-the-floor rinsers, as well as Philadelphia’s acid house maestro, Josh Wink. Nicole Moudaber, the queen of techno and the founder of MOOD Records, will also be performing, as well as Phil Moffa, a renowned audio engineer and one half of Lost Sounds of Saturn (Seth Troxler + Phil Moffa). With his signature entrancing selections, Italian techno ambassador Sam Paganini and Resident Advisor’s former #1 DJ Seth Troxler round out the night’s DJ performances.

Carl Cox has invited four highly sought-after live acts, including long-time collaborator and Awesome Soundwave co-founder Christopher Coe for an exclusive performance with his trademark dance floor funk, modular techno artist Colin Benders, Michigan’s electronic music pioneer Gaiser with his bass-driven techno, and RUKUS, who is known for pushing the boundaries and encouraging artists to make and perform their music live through their label Awesome Soundwave.

Carl Cox and Danny Tenaglia, both highly regarded in the dance music world, have dominated their respective genres for many years. Tenaglia grew up in Brooklyn and spent the 1980s and 1990s traveling between Miami and New York City, spinning his signature house music sound. Carl Cox was championing both acid house and techno in the UK around the same time. They’ve played back-to-back sets all over the world, including in New York City, over the years. 2001 saw the pair grace the decks at the now-closed Manhattan nightclub staple Twilo, and several years later the duo linked back up for an epic set at the Meatpacking District’s former nightclub gem Pacha. In 2022, after many joint performances, the revered artists will return to Brooklyn for another landmark house music extravaganza.

DICE is now selling tickets for the historic two-night takeover. You can check the Avant Gardner website for tickets as well.