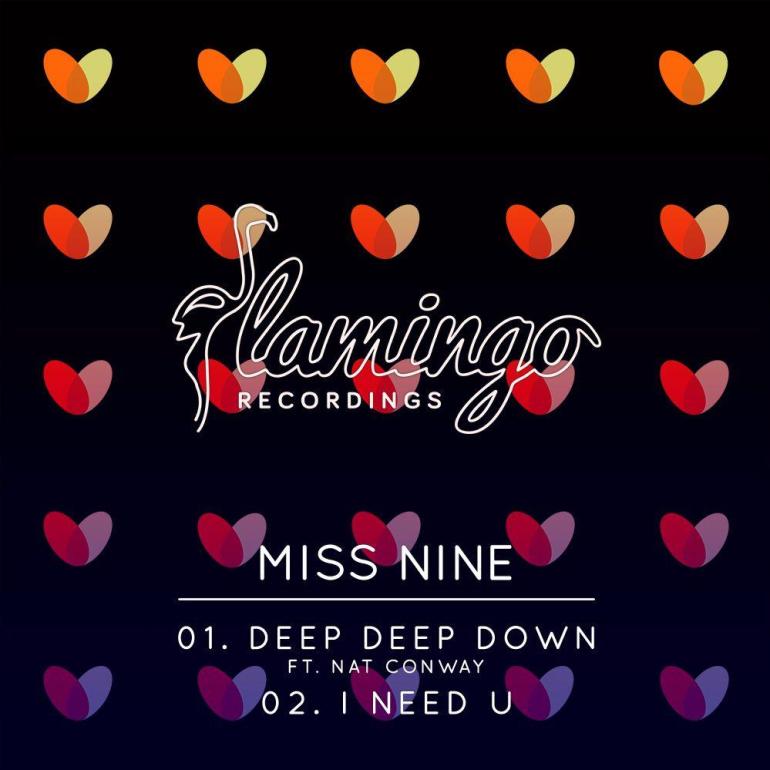 [vc_row][vc_column][vc_column_text]The weekend is here, and there’s no better way to start with new music. This is why, today, we want to welcome on the blog Miss Nine & Basto with their brand new tune “Deep Deep Down” ft. Nat Conway out on Flamingo Recordings.

Miss Nine is not new to the Dance industry. Born in Germany and moved in the world Dance capital, Amsterdam, in 2005 took to the decks as the youngest artist at the 10th edition of Dance Valley (renowned Dutch Dance Festival). Today her tour diary continues to be punctuated with performances all around the globe, spinning at clubs such as Privilege in Ibiza, Avalon in Los Angeles, XS in Las Vegas, Warung in Brazil, Ministry Of Sound in London and Pacha. He also released an album on the world famous Armada label: Dancefloor Sessions (ARMA134) in June 2008. (Read more about Miss Nine biography here).

Directly from Belgium, Basto was considered one of the leading producer in the EDM fields, thanks also to his worldwide hit “Again and Again” which remains on the top 10 of the major pool for more than a month. The track was also featured in the official Tomorrowland aftermovie. In 2013 he also released “Keep On Rocking” which receives a lot of appeasement from the fans. (Read more here)

These two amazing DJs and producers met up with a massive groove-house banger which will take you in another dimension. “Deep Deep Down” is part of  “Miss Nine and Basto EP 1” which contains also “I Need You.”