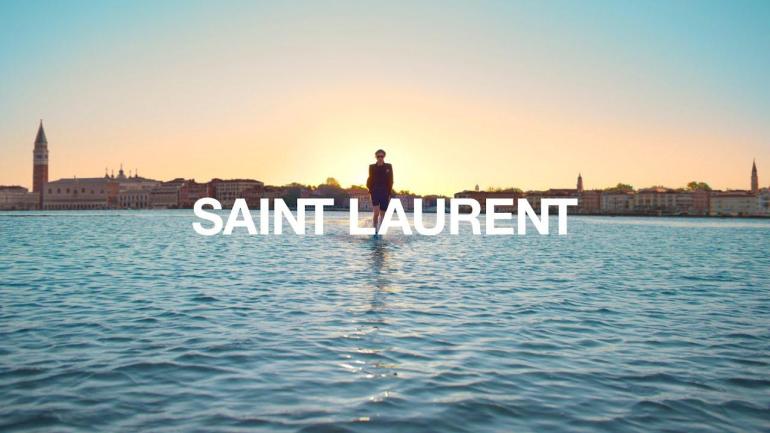 French musician, composer, producer, mixer, engineer, vocalist and DJ, SebastiAn has been the man in charge of the soundtrack of Saint Laurent Men’s Spring Summer 2022 show.

The exhibition took place on the 14th of July in the extraordinary frame of Isola Certosa, part of the Venice lagoon. The island has been revisited in a modern key thanks to the large-scale installation by artist Doug Aitken called Green Lens. The octagon structure made by mirrors is surrender by arboreal vegetation creating a mystical environment.

In the 21st-century, we look toward to the future and how to harmonize with the natural environment, striving to create a new balanced world. We seek an environment where nature is empowered again, creativity is championed, and the weight of the past lifts, becoming fluid and inspiring. – Saint Laurent Creative Director Anthony Vaccarello

The 10-minute show, broadcasted live on YouTube, has been paired with the incredible soundtrack of SebastiAn, who has been already in charge in the past.

For this year’s show, SebastiAn decided to start slow, with ethereal and severe long melodic lines, delivering an aura of mystery but yet divine, in line with the incredible dresses. The soft, down-tempo beats drive the occult harmonies that unfold into the second installment of the soundtrack. In here, SebastiAn took inspiration from Daft Punk‘s electronic sound with fast and wide synth-works that progress into a state of restlessness. After the crescendo, the soundtrack embraces feeling-good harmonies, full of hope and optimist, always backed by SebastiAn’s hypnotic signature bassline. The end is a reconnection to the beginning, where the fragile and firm soundscape drives the mystical chorus to the end of this journey.