In the last decade, electronic dance music has seen an incredible rise in popularity and the number of tracks released. Artists have experienced a lot, mixing and merging styles and elements from different genres creating unforgettable hits.

Nowadays, the majority of the sounds used in electronic music came from analog or digital gears, most of the time virtual synthesizers; very less has been left to the so-called “real instruments” but, when artists choose to go old-school, the results are always amazing.

Guitars and pedals are one of that instruments that, sometimes, are “snobbed” by artists for easier and faster use of some sort of VSTs that emulate the sound but, electronic songs featuring guitars are more common than you think.

It’s safe to say that injecting guitar’s sound, better if it’s “real” and not generated by a VST, will bring your track closer to the success.

Another major step for your productions and guitars are effects brought by pedals. They will give to the sound a unique effect you can only achieve via this hardware. Artists usually think that this type of equipment is useless or too expensive but, you can buy pedalboards and effects pedals at a very cheap prize nowadays on the internet.

Having real hardware instead of actually simulating it via some sort of software will definitely step up your music production game.

In 2015, Skrillex performed at the electric forest with an electric guitar plucking out some funky melodies and bringing his performance to the next level. If you look closer to the stage you can easily see guitar products all around. 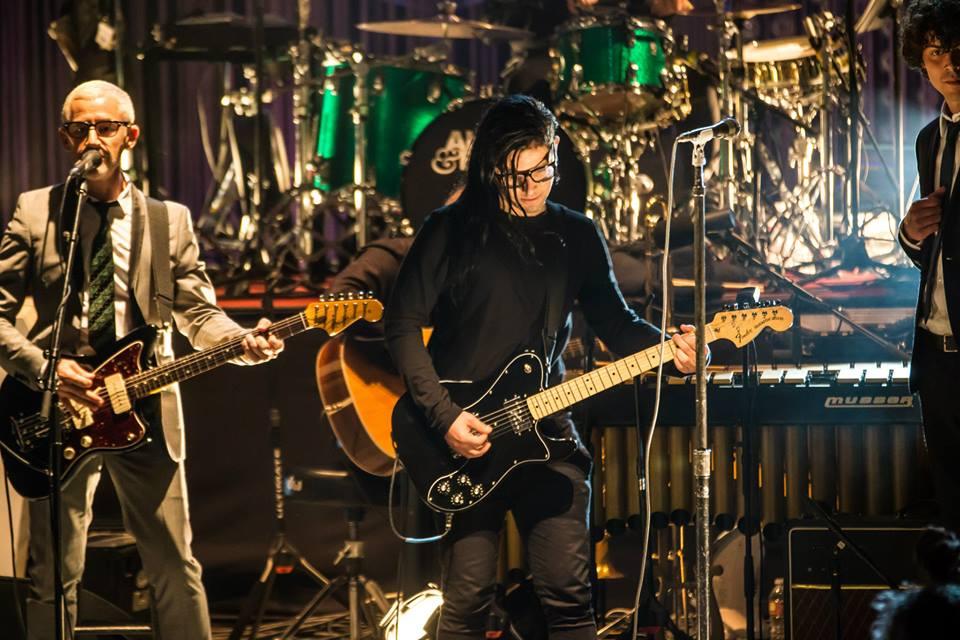 More recently, San Holo released Led Me Back, an entire song built around an acoustic guitar. He is also a fan of guitar and you can hear a lot of guitar’s samples on his songs.

Talking about the groove circuit, we can’t forget about Eddie Thoneick & Abel Ramos Love Will Never Let You Down. Many of the central sounds of the song come directly from Thoneick’s Fender electric guitar. On Steinberg Studio Sessions 09 on Future Music Magazine Eddie explicitly explained how he makes and recorded that specific electric sound that has turned the record into a hit.

If we talk to electronic music, Daft Punk are for sure the leading artists to use guitars in their production. On their super hit Get Lucky the duo has brought Nile Rodgers and his trademark chord stabs to the track.

In most recent time, if we have a look at Avicii‘s recently released album TIM, we can notice that a lot of track features some sort of guitar sound. This can be also observed while watching the making videos of the songs, as well as the latest tribute music video which shows Avicii playing on guitar the notes of his record Heaven.

As you may have noticed, the use of guitars is so common in electronic music that we don’t even notice anymore.

Next time you listen to your favorite tune, pay attention to the melodies; it could be the one of a guitar.

Because of the high cost to keep our services running, we may sometimes accept collaborative articles like the one above.