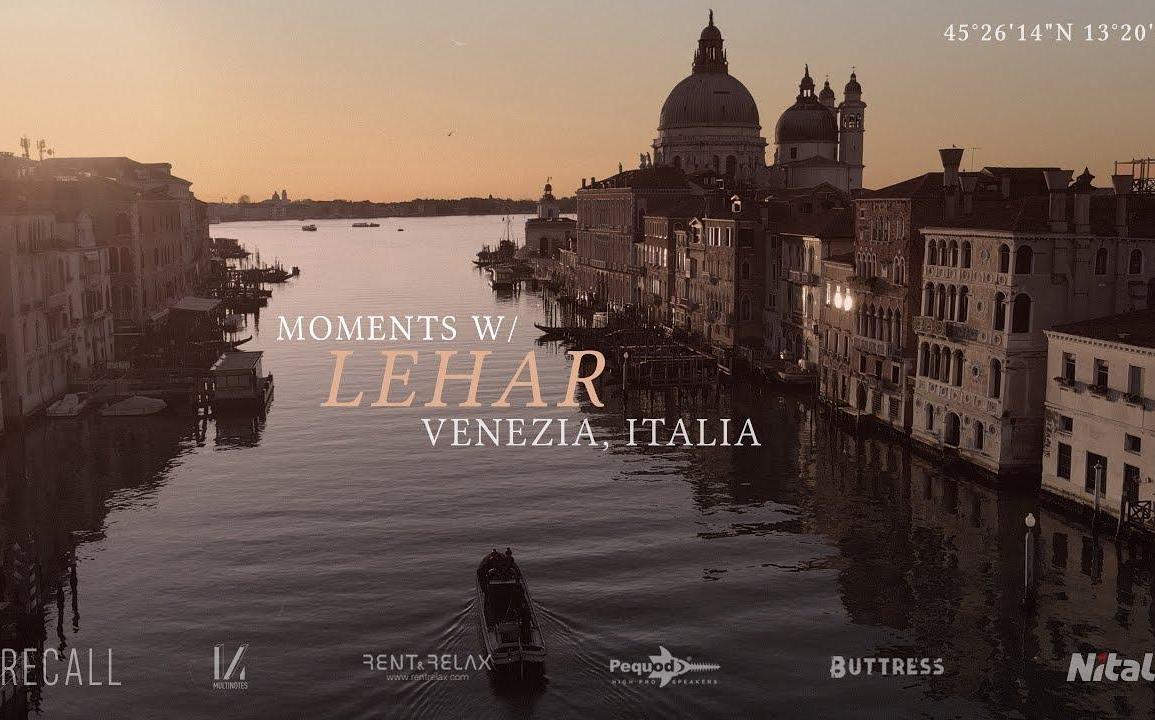 Lehar 1-hour performance in Venice is part of the Recall Moments project. It consists of digital streamings of musical performances in unique places. The goal is to create high-quality content to promote the Italian landscape and cultural heritage so that they can be discovered by a wider audience in a different light.

This week’s live stream marks the 10th virtual event for the Recall Moments series. It sees rising Italian star Lehar playing an outstanding 1-hour set on a boat sailing along Venice’s iconic canals. Mixing ethereal vibes with minimal percussions and melodic lines, Lehar creates an unusual atmosphere that flows through an empty Venice. The incredible musical sequences are paired with wonderful footage of a quiet and almost mystical Venice early in the day.

You may have heard about Lehar in the past as we have featured him various times on the blog. Having embraced the melodic and minimal techno philosophy he has been featured in world-leading techno compilation as Watergate 25 and 10 Years Diynamic. He also landed on the legendary Afterlife Recordings with his track Da Levante featured on Realm of Consciousness IV. This year he returned on Tale Of Us’s imprint with Dal Tramonto all’Alba on Unity Pt. 2.

About Recall and its Moments live stream events

Since its launch in 2015 in Turin, Recall has organized over 45 events, both physical and digital. Starting from the most famous clubs in the city of Turin, including Milk, Azimut, Q35 and Life, reaching up to more than 1500 participants per single event and hosting international artists such as Stimming, it has then expanded its horizons by creating more and more innovative formats in historical and prestigious venues such as the Palazzina di Caccia di Stupinigi, UNESCO heritage. After consolidating the Turin fan base, Recall began to expand outside of the city by organizing a series of events in Milan and in various Italian locations.

The reason why Recall plans and realizes events comes from the energy and passion for electronic music and the aim to create an ideal meeting place between fans, artists and music.

Recall is not just a brand, but an organization active on the territory that promotes new musical contents in the most suggestive locations, acting as a guarantee of a unique and transversal experience, but above all, in constant evolution.

With the arrival of the global pandemic Recall had to reinvent itself by creating purely digital formats such as ‘Connects’, entertaining people and supporting the fundraising campaign for research, and ‘Moments’, with the aim of broadcasting performances promoting Italy’s cultural heritage and landscapes.