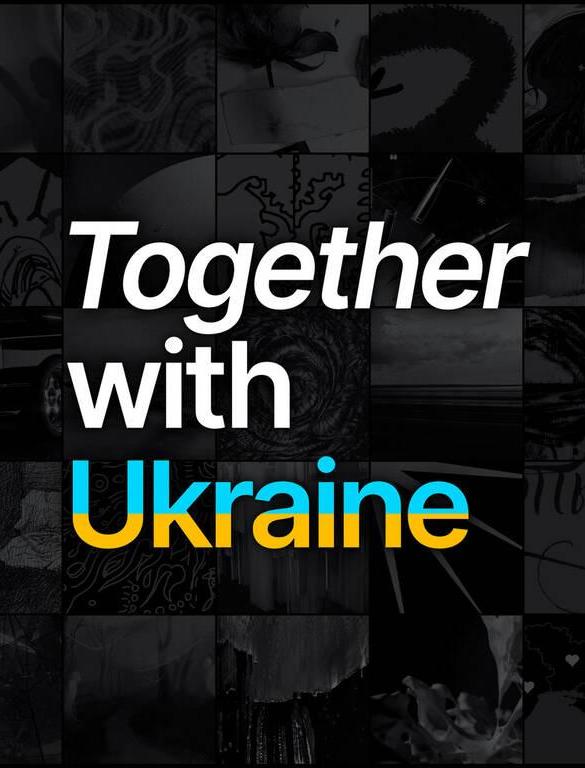 ‘Together With Ukraine’ over 100 label and artists launch fundraising compilation

With the war in Ukraine intensifying by the day, the unfathomable assault on the Ukrainian people is contributing to one of Europe’s worst humanitarian crises and attacks on democracy in over a half-century.

As the world watches, two of those directly affected by the conflict, Ukraine-based talent bookers Rhys Bainham and Vlad Yaremchuk, have asked their friends and colleagues in the music industry to donate tracks for a 100-track compilation album titled ‘Together with Ukraine.’ The compilation is now on sale via Bandcamp.

Along with a large selection of previously unreleased music, the project will include numerous contributions from visual artists from across Europe, many of which will be used to create a collaborative album cover, with art direction by Uno (@uno.graphics).

All proceeds from the sale of the compilation, which is available on Bandcamp, will go directly to the Ukrainian Red Cross Society.

With every day that passes, the high-scale humanitarian crisis and assault on the people of Ukraine continues to worsen. Civilian deaths are increasing on a daily basis across the country with no sign of stopping, with millions of citizens already forced out of their homes in search of refuge. As we wake up to yet another day of war, hundreds more innocent lives have been lost and destroyed overnight. We cannot leave this unchecked, and we need to act on this now without hesitation.

Now more than ever is a time for unity, solidarity and support of a nation under attack. It’s crucial for us to use our voice to create widespread and sustained awareness of the situation on the ground in Ukraine, and to give support in every way possible. Whether it’s signing petitions, attending demonstrations, sharing facts on social media, offering help for refugees, or more – this situation cannot be allowed to continue, and engaging in support of any kind for the people of Ukraine is our absolute priority.

We are incredibly grateful to the music community for supporting our initiative to raise vital funds for humanitarian aid on the front line. All artists and people involved have offered their services free of charge, and all revenue generated will be donated directly to the Ukrainian Red Cross Society. We would like to thank everybody who has taken part in making this project a reality – including our extended team of Diana and Bohdan (Ukraine), Jan (Germany) and Piotr (Poland) – as well as everybody that is willing to purchase the album. – Bainham and Yaremchuk