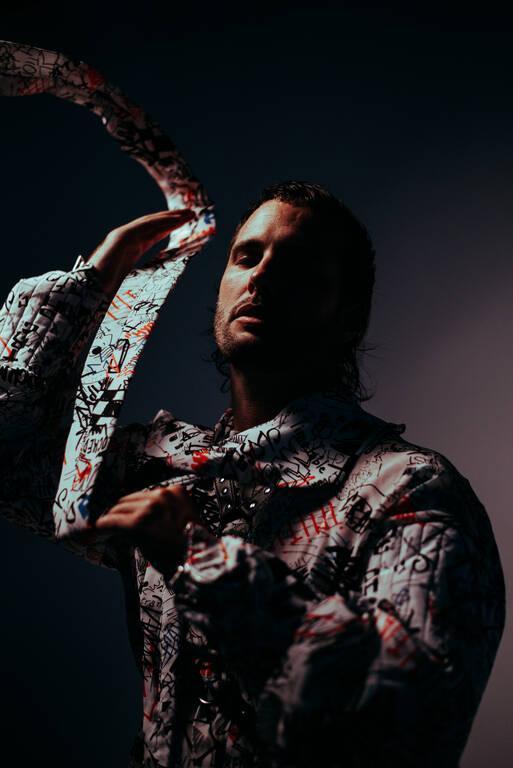 The new album ‘Anomaly’ will be out on September 16

Continuing his dream run towards the release of his sophomore album next month, Australian producer and purveyor of hypnotic tunes What So Not returns today with a glistening and upbeat new single, lining up features from Louis The Child, Captain Cuts and JRM for the breezy dancefloor bliss that is “On Air”. Following on from last month’s smash single “As One” featuring Herizen, “On Air” is yet another gleaming triumph ahead of What So Not’s brand new album Anomaly, which will be released on Friday, September 16.

What So Not has announced an epic album pre-save offer, letting fans know this week that he’ll fly anywhere in the world to play a set at a house party, and everyone who pre-saves the album will be eligible to win.

“On Air” buoys and bubbles alongside festival-ready vibes, with immersive soundscapes, timber percussion, and affable electronica woven throughout. “On Air” combines playful synths, billowing grooves, and a stomping chorus to transport you to a neon cloudland, with razor-sharp production and a heart-stopping drop that’ll have you yearning for summer nights spent on the dancefloor with no care in the world. As with previous singles from What So Not’s, aka Chris Emerson’s, upcoming second full-length album Anomaly, “On Air” boasts a slew of features, with electronic duo Louis The Child, remix and production duo Captain Cuts, and JRM taking this buoyant sonic gem to spectacular new heights.

Speaking of the affable track and stepping effortlessly outside the norm, Chris shares:

The easiest way to describe “On Air” is: it’s like Disney, it’s very unpretentious, very fun and channelling those dancing ‘in the sky’ kinda moments. I don’t usually write this happy, bubbly upbeat stuff, it’s always brooding and moody, but this time it felt so authentic – it felt inner childlike, so I went with it

While Chris is venturing into new sonic territory, “On Air” retains the overall What So Not charm, with the track organically weaving into the overarching narrative of the upcoming album Anomaly alongside a fortuitous late-night writing session, a plastic kid’s saxophone, and some inspiration from the 2010 DreamWorks animated film How to Train Your Dragon, as Chris reveals.

It’s quite an innocent song and in the storyline of the album the song actually became the separation between a sheltered upbringing and then going and taking on a pretty chaotic and exciting world for the first time, which is a thing you see in an animated movie How To Train Your Dragon. The song for me is channelling that energy. When we wrote, it was JRM’s birthday at 4am in Los Angeles. The funniest thing about this one, the main riff is like a plastic toy saxophone and it was actually a challenge, we tried to find the most stupid thing in the room and challenged each other to try and write a riff or an iconic thing, and my friend picked up this plastic toy saxophone – a kid’s toy which is how this feeling came about and I was like “play that and I’ll turn it into a beat”. And I did and that’s the start of the song


On Air, the fifth single released ahead of Anomaly’s final release, is a fluid, floating, and flawless glimpse further behind the curtain of what Chris has in store for his follow-up to his 2018 debut album Not All the Beautiful Things. From the emotive and humid moments of its title track, featuring AY AY, to the Underworld-esque slice of indie-electronica that is The Change, featuring DMA’s, the sparse charm of the hip hop-soaked Messin’ Me Up, featuring EVAN GIIA and glitching bangers like Black Shallow, featuring Enschway, Anomaly equally captures the permeating artistry of What So Not while barrelling Chris into a staggering new era, dominantly centered around his own internal and literal explorations, as Chris shares, “Making Anomaly was an internal deep dive. On the first track, I belt it out. I had no idea I could do that! It just came out of nowhere one day, and I thought to myself:

woah, OK…this is the start of the next era’. For that song in particular, I’d been thinking about the whole thing with Keith Flint after I’d just missed a planned catch up with The Prodigy on their Australian tour. As well as that, I was also listening to Lil Peep and Underworld. It’s such a strange combo of things, but you can hear it all in there! Many of the songs are from that same period: driving round Europe in a rental, cranking playlists, jumping in the studio with Noisia, Jammer, Explore, Petit Biscuit, San Holo, or going to a jazz club in Paris at 3am with Anderson Paak & The Free Nationals. I was traveling the world just for fun and recording along the way

Chris, better known as What So Not, has been honing his thrilling trademark blend of fresh electronica and tantalizing innovation for over a decade, touring the world with his unforgettable live extravaganzas and gracing multiple high-profile festival stages such as Coachella, Lollapalooza, and Ultra Music Festival. More recent What So Not material has equally wowed and delighted, while also setting the stage alight for Anomaly’s long-awaited release in September, with his 2018 debut album Not All The Beautiful Things amassing 57+ million streams worldwide, reaching #8 on the Billboard Top Dance/Electronic albums and also snagging a Feature Album on triple j.

Previous What So Not single “Mr Regular” featuring Oliver Tree and Killer Mike has already surpassed 2 million streams, while “As One” featuring Herizen has recently surpassed 130k streams in less than a week. One of the most exciting creatives in his field and indeed in the industry at large, What So Not will have you walking on air and floating in pure dance, house and trap-tastic bliss with this latest track; a perfect place to visit before witnessing Anomaly in full in a few short weeks.

Today, Friday, August 19, is the release date for “On Air,” which features Louis The Child, Captain Cuts, and JRM.

Anomaly will be available for pre-order on Friday, September 16th.