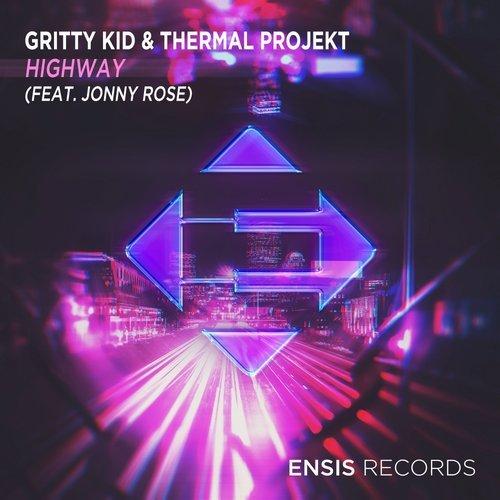 [vc_row][vc_column][vc_column_text]The record label, Ensis Records, is ready to shed some spotlight on more blooming talent, with their latest release by the upcoming producers, Gritty Kid and Thermal Projekt.

Born in India, Gritty Kid was holding residencies in his hometown at the Famous Pasha and The Leather Bar.
His gigs have also taken him across to the Dubai, Sri Lanka, Hong Kong, and Malaysia and he has been gaining the support of “Quintino, Ookays, X Vertigo, Mastiksoul, Swede Dreams to name a few.

Thermal Projekt is a DJ and producer from India. Recently he made an official remix for FLORIDA which charted in Top 100 tracks worldwide on iTunes via Sony Music.

Influenced by quintessential progressive house elements, and speckled with supporting electro undertones, “Highway” makes for a nice, clean, and simple release. Jonny Rose‘s bright vocals, alongside the benevolence of effervescent piano chords, also play a part in adding that majestic touch to the song. Already supported by Blasterjaxx and Unity Brothers, “Highway” manifests signs of a propitious future, so keep your eyes open for this one.