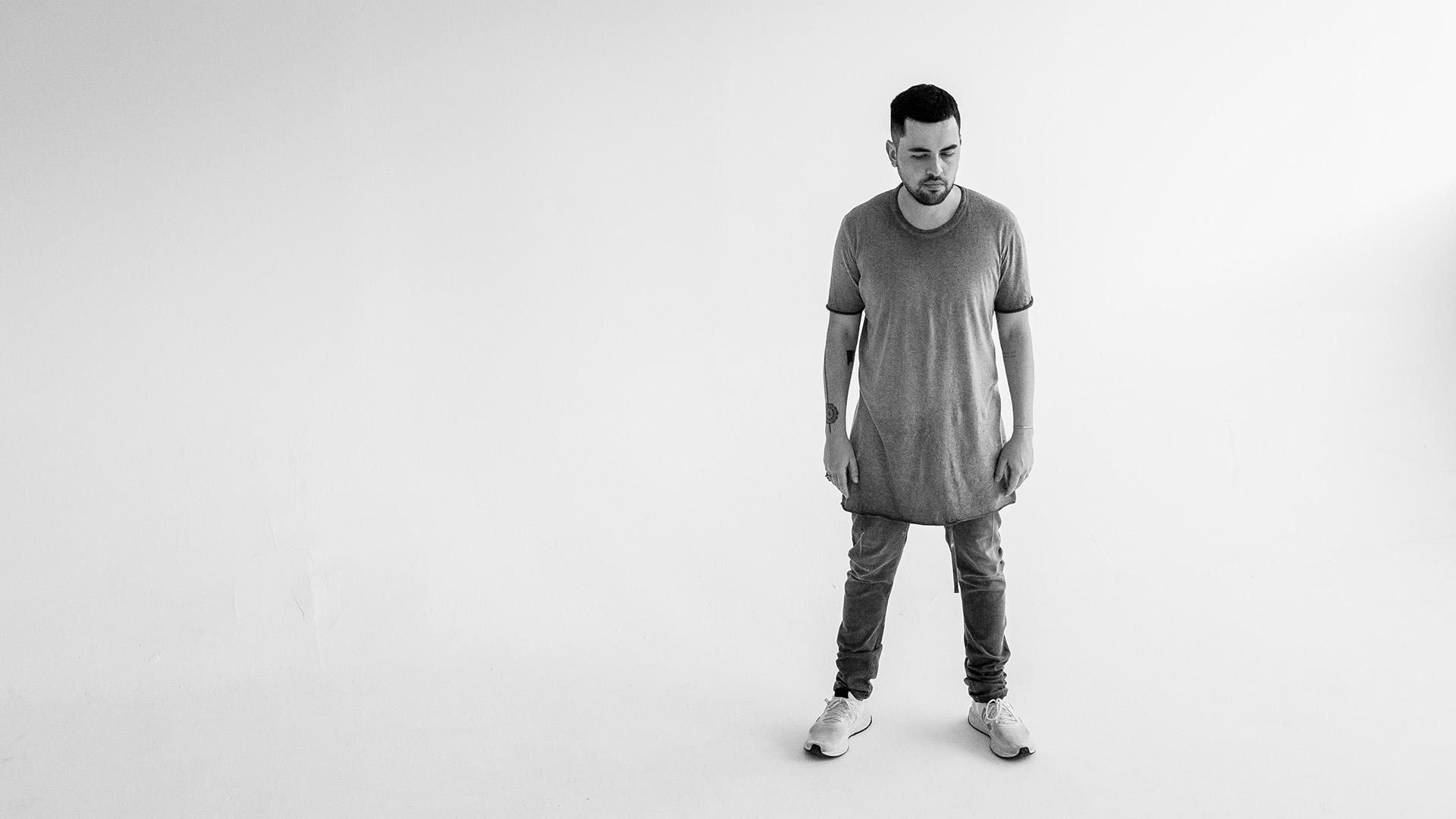 All the way from Venezuela, over the last 10 years Fur Coat has made himself a name in the electronic music industry. Moved to Barcelona he launched his own music label, Oddity, now one of the landmarks when it comes to melodic, experimental techno music.

He recently returned to Renaissance, after having released his incredible album Polyphony last year, with a two-track EP to be released this Friday (Pre-Save here). For this reason, we have decided to reach out for an interview. That’s what he told us:

Hi Sergio, nice to e-meet you. Let’s start from the beginning. You’re born in Venezuela and now you live in Barcelona? How did everything start and why electronic music?

Hi, nice to e-meet you too and thanks for the invitation. Yes, I was born in Venezuela, but all my family is Chilean, and in 2012 I decided to move to Barcelona as my hub when my project Fur Coat became my full-time job.

I started listening to electronic music probably when I was finishing high school and started to go out to clubs and to the first electronic music events that I was able to experience around that time. The DJ side comes from my dad as he also was a DJ when he was a teenager, more for a hobby than a career. Both of my parents like a broad spectrum of music, but they listened to a lot of dance, disco, and R&B, so I was constantly influenced by the music played at my home. The electronic elements of music were always present in the music that was played at my house, so the transition to dance music was pretty natural, becoming my passion as a DJ and producer.

I started producing music in 2005, and had several projects, under my name and also as Delete. I was able to travel the world while finishing my University Degree as a journalist. But it wasn’t until 2010, and when I finished my career, that I started Fur Coat and fully took the decision to focus 100% on music.

In 2011 you started releasing on Crosstown Rebels, a pretty big imprint for the debut release. Could you tell us more about ‘Space Ballad’, how it was born and how you ended up releasing it on Crosstown?

In 2010, I started the project as a duo with my ex-partner. Crosstown Rebels at the time was our focus to send the music that we were producing. I already had Damian’s email contact, so when the music was ready, he was the first to get it. A couple of days passed then I got a reply and we started talking about developing the project with Crosstown, starting with a remix, later an EP, and then our debut album. This was a very natural process, becoming a platform that supported and released our music.

You have a pretty exclusive sound that has evolved over time; from underground tech-house/techno to something more personal I think. Could you tell more about this development process that led to the sound of ‘Polyphony’, which is completely different from the release of 2011?

Yes, the music evolved over the years. Especially for me around 2014, when releasing ¨U Turn¨, I think the Fur Coat sound became pretty melodic. The workflow in the project changed a lot. So in 2018, I took over Fur Coat production and direction. This is one of the reasons for splitting up and Fur Coat becoming my solo project.

¨Polyphony” is a very personal project as it is my solo album as Fur Coat, that really shows a more mature and melodic sound, where I was able to express all my influences as well as to collaborate with Delhia de France, Hunter/Game, Julian Wassermann & Sly Faux, as well to show personal pieces from me going from breaks to ambient, melodic house and techno and more. I started working on this album in 2019, and finished it during the pandemic, with a perspective and concept of the story I wanted to tell. Not touring at the time also made me focus and take my mixing skills and the whole production to the next level, as I had to work very hard to achieve what I was looking for on this second album.

The evolution of my sound is just from the constant work. Each day I learn and try new techniques and approaches on how to work on my music, staying true to myself and keeping the melodic elements and groove so that in the end you know it still has the Fur Coat stamp but without limiting myself – instead of allowing myself to be creative and show all of my musical influences on the music I produce.

Let’s talk a bit about the Polyphony album on Renaissance. Why release an album as opposed to, let’s say, a series of singles? Could you tell us more about it? How it was born?

As I mentioned before, this was a personal project for me. It became extra special during the pandemic, as the ball game had totally changed. There were no gigs, and I didn’t know when all of this would end. It was a project that kept me inspired during 2019/2020, where I wanted to tell a special story together in one album, as well as collaborate with some super talented friends. Plus Renaissance was the perfect platform and team that gave me the canvas to express and make this second album materialize.

The album was released during one of the peaks of the pandemic. Could you tell us more about how you lived during this period? Was it good, was it bad? Did it help you to slow things down or did you go into a creative block?


When I started the album, I already had the concept of what I wanted to do. But yes, the pandemic wasn’t in my plans. I was supposed to tour, whilst doing this on the road. Being one of the hardest years that I’ve experienced, and not knowing the future of how long the pandemic would last, I just had to redirect all my energies into creating this album. I didn’t feel pressure or a lack of inspiration when producing it. My workflow was waking up every day and starting to draft ideas, or just practicing new chords, or compression techniques, or whatever I wanted to experiment with that day. So some days I didn’t finish tracks or didn’t do music per se, but every day I learned something that I applied later for the album. As the months passed, the album was there, finished with collabs and many personal tracks that made ¨Polyphony¨.

This November you’re back on Renaissance with the ‘Dystopia EP’ (you can find it here). Could you tell us more about it? We have also seen a remix by Musumeci and Dodi Palese is included on the release?

Yes, I’m happy to be back to Renaissance with my ¨Dystopia EP¨. After releasing ¨The Storm¨ EP earlier this year, which was more focused on remixes from my album, plus a new exclusive track, I wanted to return to the label with some fresh material. When I did Dystopia and Solitary Road, I knew instantly that Renaissance would like this pack. So when I sent it to Marcus, he replied that they really liked it, and both sides when discussing the remixer, we thought about Musumeci & Dodi Palese to round up the EP.

Detroit techno music: a guide to this “historical” music genre

Talking about production, do you have some fixed routine when it comes to studio time or when you have an idea you write it down and try?

Well, I always try to start a track with different approaches. Sometimes I can start just playing some chords or some notes, leave a midi loop, and start modeling my sound on one of my synths. Some other times I start with a groove. But to be honest I always try to sit down and make the most out of the hours in the studio. It doesn’t matter if I don’t leave with anything I like, this is a learning experience, and a practice to keep the workflow and inspiration. I’m a believer that you don’t have to wait for inspiration to come, the best way to find it is to just sit down and start doing something, no matter if you erase it or it doesn’t work, but this will lead you to the next day to come up with something.

You also have your own label, Oddity. Could you tell us more about it? How was it born, why a label, and what have been the major challenges?

Oddity was launched in 2017, so it’s now been 4 years since I started it. I wanted my own platform to sign newcomers, my own music, and established names, but fully curated by me from the artwork to the sound and concept of the whole label. The first 4 releases were vinyl and digital, but later I decided to become digital-only.

I think my label works better, not only on the timings but also on who is supporting the label. I always focus on keeping the top quality on releases, art, mastering, and everything.

The major challenge probably is positioning yourself as a new label with others in the markets. But with constant work, defining my own sound in the realm of melodic house and techno, and selecting the right music, the label became one of the top 10 bestselling labels of the past 6 months in the genre according to Beatportal earlier this year.

It’s also a constant challenge deciding the music I’m signing, cause I always want the artist to bring their best and feel comfortable with their release and the whole process, as well as to keep all the people that have supported Oddity over these years happy with what to expect from the label.

Now that clubs and festivals are opening again, can we expect to see you behind the decks shortly?

Yes, fortunately, I haven’t stopped since July onwards. I was able to tour the US for three weeks, and I’m constantly traveling around Europe nowadays. Have a lot of plans for gigs around the world already up until next year, as well as a lot of releases and remixes lined up. So you’ll defo see me around a lot. (Fur Coat next gigs can be found here)

What are your future plans for Fur Coat?

To continue to do what I love and believe in the most. Fur Coat is my project and my life, so I’m all in on this. After passing through such a tough year like 2020, I just became stronger and more focused. So I aim to keep developing the Fur Coat sound, releasing EP’s, remixes, touring, and managing my label Oddity.