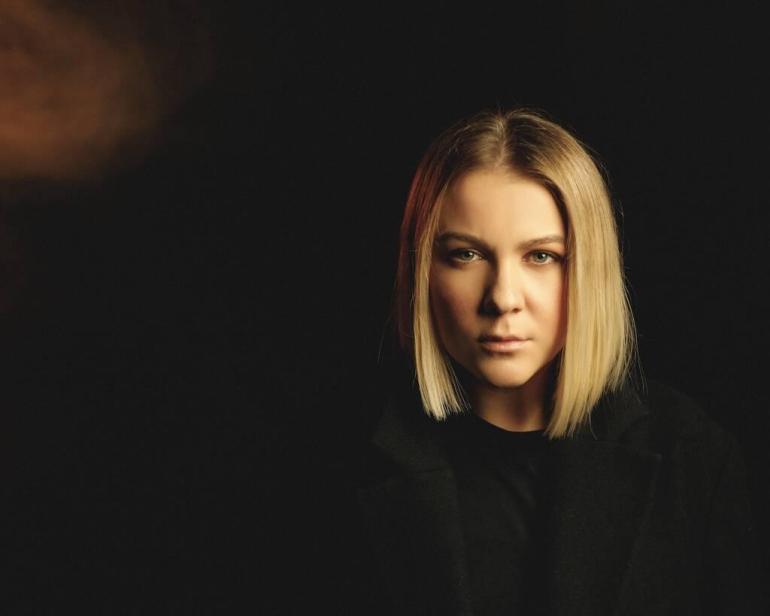 This video was shot on January 24, 2022, in Kharkiv, Ukraine, exactly one month before Russia declared a full-scale war on several Ukrainian cities.

Iryna Shvydka, aka 8Kays, created the music you will hear entirely on her own. Iryna’s life, like many others, was drastically altered, but she persevered and continued to create music in order to make the world a better place.

TIME:CODE team speaks about the video:

We are honored to be working with such a talented artist, and we believe that Iryna will achieve great things in the future. It’s been a while since we shared new videos and experiences with all of you. We wanted to share this video regardless of the current state of the world to remind everyone that art is the universal language that bridges all empty spaces and brings people together. It’s hard to believe that the places our team visited during our stay are no longer in a state they’ve been.

These events have occurred in the past and, unfortunately, will continue to occur in the future. As a result, our collective mission is to prevent these events from happening and to better protect people, ideas, and legacies. We are honored to bring this small piece of the beautiful Kharkiv onto our platform in order to resurrect art, humanity, and history. We would also like to express our heartfelt gratitude to our dear friends from Kharkiv’s Basanta Music company, who assisted us in creating this work of art. Basanta Music is a well-known Ukrainian organization dedicated to promoting artists and music events. “Together for better”, as Basanta team says.

It’s getting super hard for me to acknowledge that the lives of millions of people have changed so immensely after Russia has escalated the war against the whole nation of Ukraine. I have lived my whole life in Kyiv. Kyiv is the city of my memories; it’s where I finished school, university and had my first performances. It’s a city full of my friends, my close people and my parents.

Needless to say the level of tension our country has been living in since 2014 is immense. This is the year when all values changed and our country became a victim of the predator faced by Russian Federation, which was planning an insidious war attack against our country, killing thousand of people and changing lives forever.


Titan efforts from Ukraine’s army and the defense, as well as volunteer community, prevented our country from the further occupation and helped save its future. With years of long war actions and thousands of sacrificed lives of heroic people who are still protecting our country, it was horrible to become a witness of the criminal full-scale war escalation from Russia.

I am sure everyone watches the news and can understand that it’s impossible to describe what happens in the areas where the Russian army is kicked out and in the occupied areas.

6 months ago I worked in a beautiful studio called Basanta music in Kharkiv. Basanta is a team full of creative and enthusiastic people, which have lit my eyes and soul, so I decided to move to Kharkiv and to work from there. It is a warm period to remember, as the more I stayed, the more colours this beautiful city and its people brought to me.

At the end of January 2022, the Basanta team united with the Serbian TIME:CODE crew for the event they did at Kharkiv Central Market. Two days after the party we went to the graceful Kharkiv Philarmonic to record the live video of mine, which you can watch online now. Just one month after it the full-scale war started.

But I’ve accepted to do my work. And, of course, I am happy to share this video, as we are launching the donation campaign to help Kharkiv people who need your support more than ever. Kharkiv volunteer organization Stellar is helping local people here since the first days of war, so you can follow the link to choose the preferred way of donation, either to pay via Paypal to volunteer@stellarua.org. The war is not over and now Ukraine needs your support. I do hope you like the video. All the best|Ira 8Kays