The best EDM-related April Fools in 2021 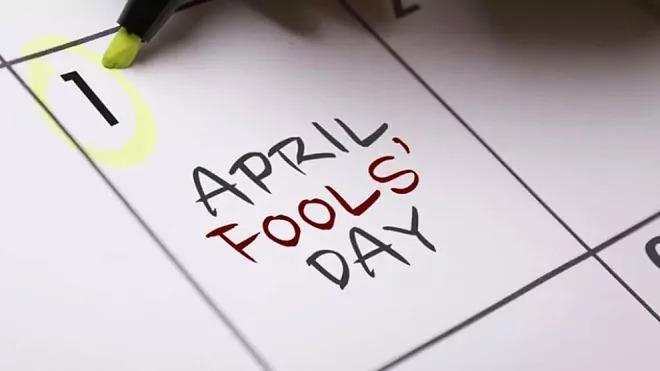 It’s the 1st of April and, as every year, brands, companies, organizations, and even record labels come out with the craziest news, as of April fools, of course. This year we have decided to regroup the best EDM-related April fools on this article.

The legendary event and live stream organization, Cercle, has just posted a special event where the French duo Daft Punk is scheduled to play on the ISS the next 5th April. On the event description, you can read: “Cercle & Ariane & ESA & Elon Musk (SpaceX) & NASA invite Daft Punk for a unique show at the International Space Station next Monday 5th of April! […] With the support of Elon Musk, Arianespace, ESA, NASA & SpaceX, we will be sent in orbit and provide next Monday a once-in-a-lifetime collaboration: the first musical show broadcasted live from space.”

Like Cercle, also TIME:CODE announced a special performance in the space. It’s the turn of Stephan Bodzin who will travel to Mars on the 1st April 2023. On the Facebook event page TIME:CODE explains the mission: “For this once-in-a-lifetime occasion, we have invited Stephan Bodzin who will be playing during the flight and landing of the first-ever spaceship which will carry the SpaceX and NASA astronauts.”

The set will last for the full 4h, covering the flight through the atmosphere of the Mars Planet.


HousemateSwap is an easy-to-use, intuitive platform where you can casually and discretely discard your unwanted housemate onto another household! And in return you can take the housemate they’re also desperate to get rid of!

Remember when you first moved in together? It was great! It was a time when all their little habits were ‘cute’ and ‘endearing’? Surely there must have been a time before you noticed their extraordinarily loud chewing. If you have ever wished you could swap them for someone completely different… we’re here for you! – head of marketing Chris Carey

Appeared on a post on Reddit but, maybe you can find it elsewhere as well, the collaboration with #1 DJ in the world and Sub Zero Project. The track is called Yours Truly and you can find the cover on the right.

We’re going to update the article with more April Fools as soon as they came out.