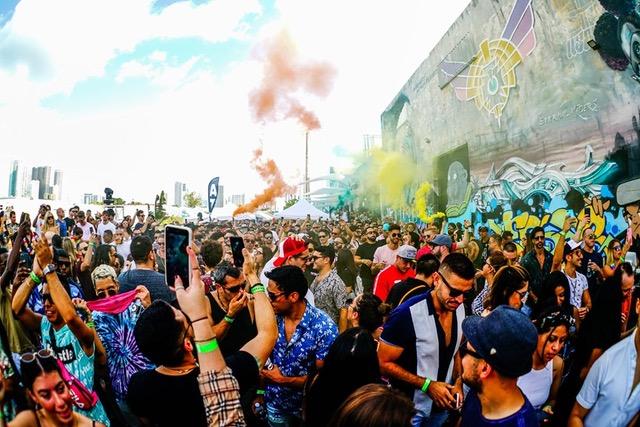 Heart Festival is back in Miami at the Wynwood Factory the 6th and 7th December 2019 with an incredible house and techno lineup.

Launched for the first time in 2015, Heart Nightclub has become an iconic venue in Miami for house and techno. The club won a great number of award and has hosted one of the most legendary performances as Joseph Capriati’s record-setting 26.5-hour-long set or The Martinez Brothers’ 24-hour musical journey. Heart Club is not only a favorite for Miami residents but it attracts a great number of music lovers from all around the world. The 1,800-capacity nightclub raised the standard for independent productions and creativity in commercial nightclubs. Not unlike some of the most respected and legendary venues in the world, Heart Nightclub closed its doors in April 2018 after three short, but disruptive years – and is now ready to return in its evolved form.

For Art Basel 2019, the team behind Heart Nightclub is reawakening the beloved brand as a 2-day, 63-act, genre-bending festival at the beautiful Wynwood Factory. Designed by the experienced team behind Heart Nightclub and Humans Alike, Heart Festival at Wynwood Factory features over 60 of the best electronic DJs and live performers. Three distinct rooms and one open-air lot, each featuring a top-of-the-line sound system and distinct energy are set up to deliver the best experience you can imagine. The lineup features top-tier techno staples such as The Martinez Brothers, Sasha & John Digweed, Damian Lazarus, Cassy, and Bedouin, but also brings live performers and creative up-and-comers, such as Rodriguez Jr.

Two-day passes are currently on sale (click here) for a chance to listen to the greatest lineup of Art Basel 2019 and be part of a one-time rebirth of one of the greatest clubs in electronic music history. 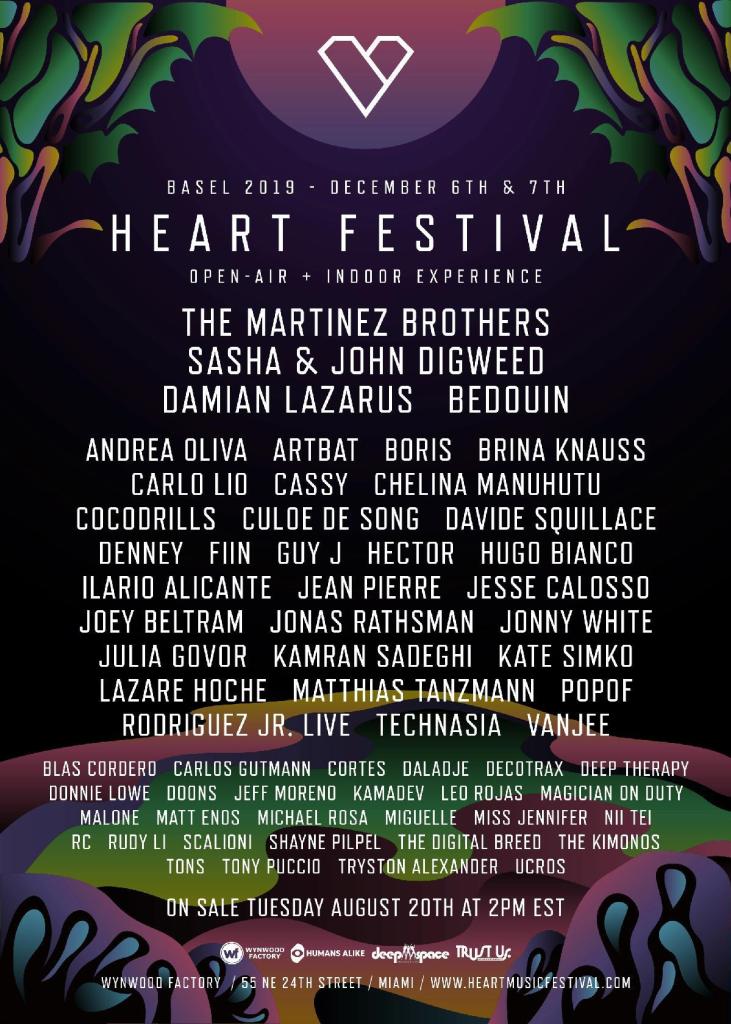 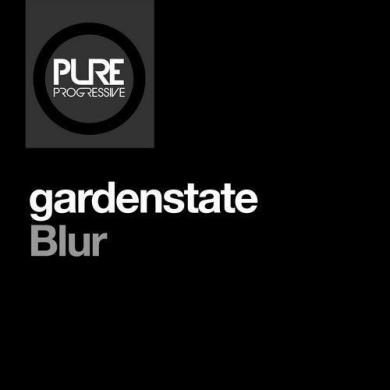