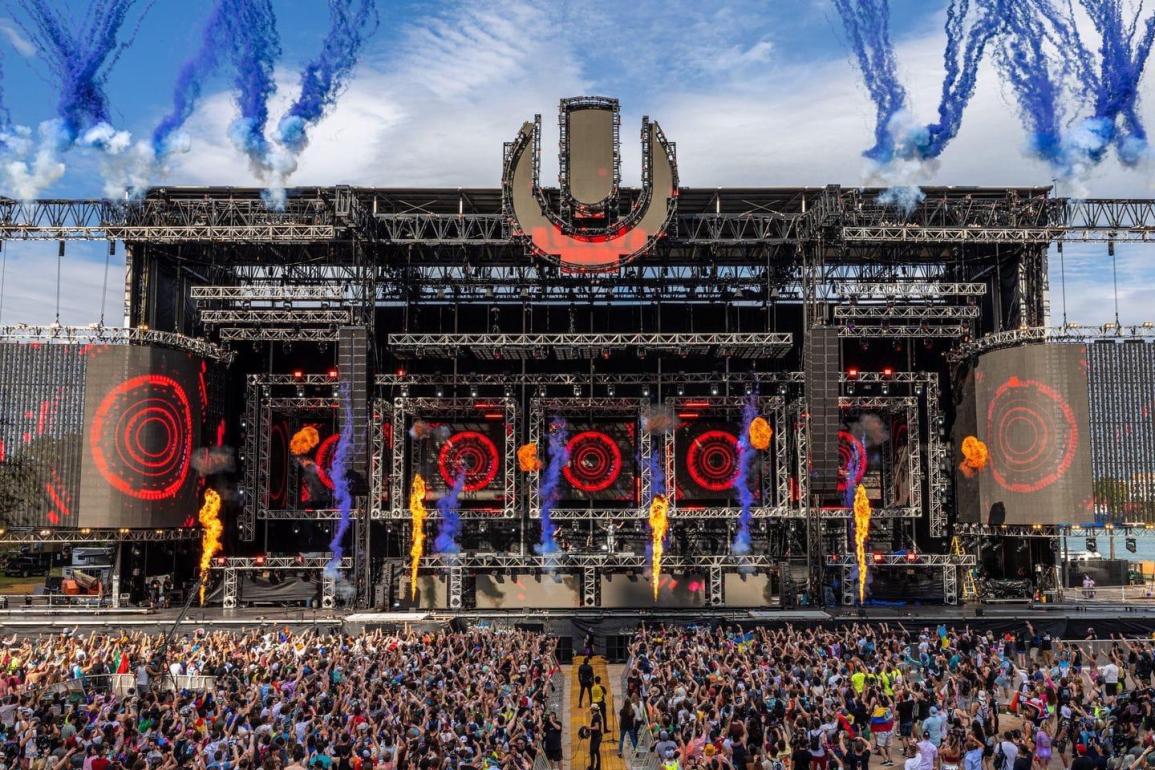 After three years of waiting Ultra Music Festival Miami is only two weeks left. As every year, we’ll bring you fresh pictures and on-site news about 2022 work progress at Bayfront Park including the main stage and the whole festival area. This thread will be kept updated with everything you’ll need to know about how this year’s Ultra Miami mainstage will look like.

For this year’s edition, Ultra Miami will host 150 artists during 3 days on over 6 stages. You’ll be able to see the return of the RESISTANCE Island with a rebranded area in Bayfront Park as well as the brand new main stage. The first trucks have now arrived and the official constructions have started.

Be sure to check our articles about The 8 + 1 artists you can’t miss at Ultra Miami 2022 and Why you must check RESISTANCE at Ultra Miami, even if you’re not into techno.

Make sure to not miss the live stream via UMFTV.

Just a few hours before the official opening, the main stage is completed and the testing of the lights has begun. Workers on the main stage were also setting up the famous Martin Garrix’s + LED wall sign confirming the Dutch superstar will have its own setup.

As expected the gap between the main stage roof and the cube LED walls has been filled with a new line of rectangular LED walls. The only things that are now missing seem to be the railing from the main stage to the Pyro/lights desk, speakers, and the DJ booth. RESISTANCE is almost ready as well.

The mainstage LED walls are basically ready. They are six cubes and two side wings for a total of 9 LED walls. The picture shows the cubes still on the bottom of the stage but, given the fact that they’re attached to cables and there’s a lot of lights in front of them, also attached to cables, we think the cubes will be hung up on top of the stage or, at least, they will be raised a little. The megastructure has now LEDs and lights attached to the roof as well.

The main stage is taking shape and LED walls are being mounted. Six big cubes are located on the stage with a square led wall inside. You can check the drone video below to have an idea.

The first LED panels are being hung on the main stage. It appears Ultra Miami’s main stage will have some kind of square-y patterns going around on the LED walls. @everything_ultra once again shows us the new updates.

The mainstage structure skeleton is now complete and the iconic Ultra logo is hanging in all its glory on top of the stage. The Ultra Worldwide and Megastructure are still on their way with the first LEDs panel being mounted probably in the next few days.

On its Instagram stories, Ultra Music Festival Miami has posted a video showing workers ready to hand the famous U symbol on top of the main stage. The weather is also much better than yesterday with a clear sky.

Another series of photos by @everything_ultra shows the main stage structure almost complete. The Worldwide stage has its cover nearly done and what it seems to be the RESISTANCE stage is taking shape.

New videos from @everything_ultra show the main stage structure almost finished. The Ultra Worldwide stage is also on its way.

Thanks to @everything_ultra we can see the first constructions from the ground at Bayfront Park. The main stage, as well as the floors around the festival, are being built. The RESISTANCE area is also on its way.

Trucks and the first panels for the floors have arrived at Bayfront Park. Workers are installing the massive floor in front of the main stage. You can see the bottom of the picture below to have a look at the first construction works.