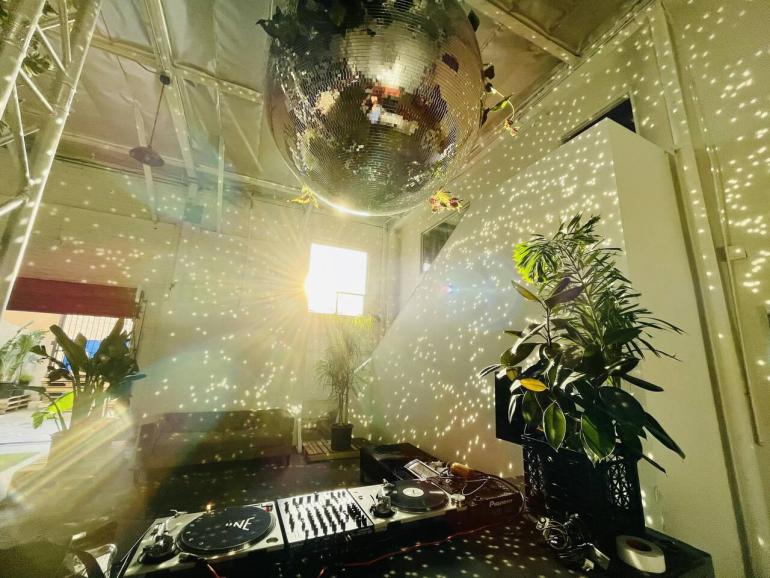 For the past six years, the organizers of the city’s most well-known underground events, Dialogue and Midnight Lovers, have transformed the city’s forgotten corners into temporary portals to global clubland. Patrons and artists alike consistently praise them for their forward-thinking programming and commitment to safe and open dancefloors. With parties shuttered and artistic groups suffocated around the country, Rolando Alvarez and Eddie Vela unleash their rare vinyl store Chapter One Records and vinyl-only record label Dialogue Records to help sustain the once-thriving LA music scene.

In the aftermath of the shutdowns, Chapter One seeks to fuel what its creators see as an urban revival aimed at revitalizing Los Angeles‘ nightlife. The shop would serve as a public-facing bridge to an otherwise covert environment, no longer able to tolerate anonymity as a solution to the limitations surrounding the city’s after-dark society. This new creative center will also host a variety of in-store events and programs, such as listening parties for new releases, live stream processing, media development, and more.

The consignment service, which features a who’s who of underground curators, is at the heart of Chapter One’s rare set. SONN of Making Shapes, west coast OG TK Disco, Dublab’s revered vinyl purist Daddy Differently, party-starters Club Tularosa, and of course Dialogue and Midnight Lovers are among the bins curated by scene heads. Stones Throw, Visionquest, and Let’s Play House are among the resident names.


Now, Dialogue is unveiling a vinyl-only imprint under the same banner, kicking off with Ada Kaleh’s two-track trip into the depths of Romanian minimalism. The ‘Solace in Repetition’ EP, which features remixes from fellow Romanian duo SIT and Visionquest legend Shaun Reeves, is already the #1 pre-order on Decks—a fitting debut for what will become a staple label among collectors worldwide.

‘Solace in Repetition’ is available for pre-order now: https://www.decks.de/track/ada_kaleh-solace_in_repetition/chr-15

The group hopes to use their in-house media unit, live broadcasting, and production studios to give the public a glimpse into the storied Los Angeles scene. The initiative represents a significant move forward for a nightlife city that is often undervalued by the international community and misunderstood by others.

They invite you to participate in Chapter One with them.