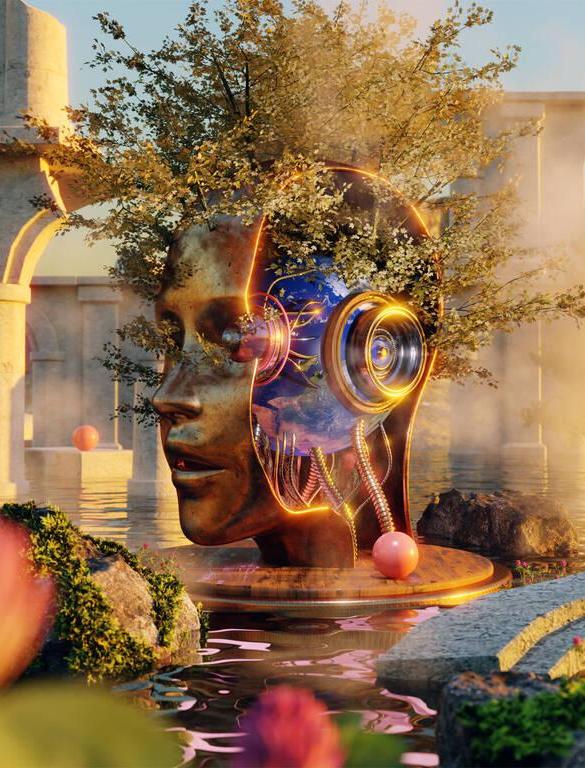 Deadmau5’s hau5trap has announced their first NFT collection drop which includes three NFTs with visuals by Alan Bolton and music by Jay Robinson.

Hau5trap, deadmau5‘s house-oriented label, has been thriving since its inception. Three well-known singles from Tommy Trash, Jay Robinson, and the label’s boss, deadmau5, have already been released on the label. With their first NFT release, hau5trap expands their artistic breadth, a label defined by its passionate creators both behind-the-scenes and in the studio. The 3-piece audiovisual NFT drop, a collaboration between hau5trap and digital artist/recent Seven20 Management signee Alan Bolton, will be available for viewing and purchase on MakersPlace on Tuesday, April 27. A one-minute audio piece and two open editions, both 15-second audio loops, are included in the drop.

Alan Bolton is a digital artist from Ireland who now lives in Tenerife, Spain. The photographer, videographer, graphic designer, and 3D artist is a freelance creative in all forms of mixed media who isn’t bound by any one medium. His surreal and abstract 3D artworks were created by fusing spirituality, technology, and nature into one-of-a-kind still-image and video works. He’s been a part of the crypto art scene since November 2020, and he’s made a name for himself as a digital artist by having his work published on a number of well-known art platforms.

Alan found his rightful home with mau5trap when they decided to bring him onboard to sharpen their visual branding efforts in the digital age after discovering him by tagging the label in short augmented reality clips via Instagram. Throughout the year 2020, Alan and mau5trap collaborated on a number of campaigns.

The Seven20 family, which is constantly embracing new forms of art, is thrilled to welcome Alan Bolton to their ever-growing roster of world-renowned talent, which already includes deadmau5, Qrion, Callie Reiff, Spencer Brown, and others. MakersPlace will release Alan Bolton and Jay Robinson’s three-part audiovisual NFT series on Tuesday, April 27. NFTs (Non-Fungible Tokens) are digital and blockchain-based collectibles that can be bought, sold, and traded on blockchain-based marketplaces, and in this case are rare pieces of digital art that cannot be replicated.


The intersection of tech and music has been synonymous with the deadmau5 brand since inception. With NFTs, it’s important to respect the space – and for us, that means discovering and developing the next generation of digital artists, the same way we do with electronic ones. We’re thrilled to welcome Alan to the team, and proud to present his collaborations to the world. – Dean Wilson, CEO & Founder of Seven20

Mosimann debuts on IN/ROTATION with ‘Sound of Silence’

My new collection of artworks based on the Garden of Eden and the story of creation. 🌐https://t.co/5vWNlOjxVx#makersplace #digitalart #cryptoart #nfts #nft #nftart pic.twitter.com/UsQHO6IamD