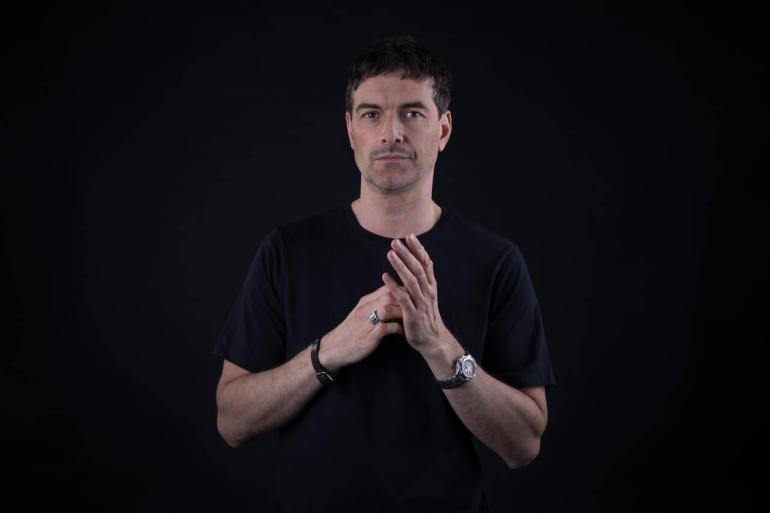 With the release of his third studio album, Revelate, Quivver, a prolific British DJ and producer, makes a much-anticipated return. The album is a unique blend of ten compositions that include some of Quivver‘s best lockdown creations. Quivver’s first album on John Digweed‘s Bedrock Records comes after more than a decade as a label favorite. Revelate is the British producer’s musical autobiography, as well as an ode to some of his favorite musical influences. Revelate is out now on Bedrock Records, and it’s a mix of house, techno, breaks, electro, and more.

The 10-track album begins with ‘Moonlight Pools,‘ which ushers listeners into Revelate’s world. With textured synths flowing in and out, the ambient offering sets the tone with a spacious sonic atmosphere. With its cinematic sensibilities, the track draws the listener in and builds anticipation for the journey ahead. ‘Horizons‘ follows closely behind, continuing the propulsive, melodic sonic progression begun in ‘Moonlight Pool.’ The track evokes a feeling of being in a daze, with oscillating sounds throughout its four-minute-long run-time.

The next track, ‘Nothin’ New To Feel,’ picks up the pace and amps it up a notch. Quivver’s masterful sound design is showcased throughout the album, which features hypnotizing vocals and propelling energy from start to finish. Exploding in energy, ‘Atomised’ lures listeners into a trance with an enticing and expansive sonic experience.

‘Funkily,’ which marks the halfway point of Revelate, has an intoxicating rhythm that carries itself with a transmittable fire in listeners’ eardrums. The song is a surefire dancefloor hit that will keep fans dancing all night long. Quivver’s ability to steer into uncharted territory is demonstrated in ‘Altered,’ which explores a new sound unlike anything heard on his previous album. The offering, which is dominant in nature, features a rich bass and rising tensions, drawing listeners deeper into the album’s entrancing sonic journey.


Following closely behind, ‘Shine‘ maintains the high-level atmosphere set by the previous tracks. It has a raw intensity to it, with dark synth sounds and textured oscillation, and when you listen to it, it gives you a feeling like no other. ‘Hold’ follows and features a bouncy rhythm, creating an overall enticing sonic experience. ‘Hold‘ showcases Quivver’s production prowess and progressive house sensibilities, with vocal chops flowing in and out.

‘5 AM,’ the penultimate effort, evokes the sensation of being in a trance on the dancefloor. The offering, bursting with energy, enthralls listeners with an audible enveloping atmosphere. ‘Crystals,’ the album’s final track, fuses the plethora of musical references throughout the album into one all-encompassing track, evoking the feeling of reaching the end of a journey. ‘Crystals‘ is a massive finale for the talent’s monumental album, carrying contagious energy throughout its almost 4-minute run-time.

Continuing his legacy as a paramount figure in dance music since the early 90’s, Revelate brings forth new sensibilities to Quivver’s arsenal of releases. Fans can expect an unforgettable sonic experience from start to finish, rife with versatile sounds of techno and deep house.