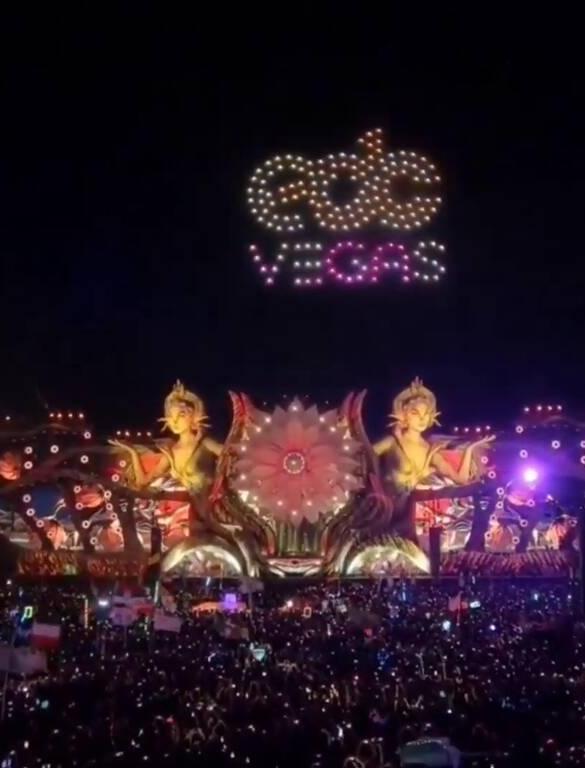 After Lst year drone show at Orlando and Vegas, Electric Daisy Carnival brings them back for the opening ceremony

It has become one of the main moments during Electric Daisy Carnival in the last years. For the opening ceremony, the electric sky lights up thanks to a fleet of drones. It happened again this year for EDC Las Vegas 2022, after last year in Vegas and Orlando.

If you’re new to this technology and show, you need to know that fleets of drones equipped with multi colors LEDs can create literally holograms in the sky. The company behind this incredible technology is the Dutch firm Drone Stories who has worked with EDC in the last years.

For Electric Daisy Carnival EDC Las Vegas 2022, they put their drones back in the electric sky. Behind the kineticFIELD tons of lights light up and moved to form two planets like Saturn. The two planets started to move around to then disappear and make appear the iconic EDC Vegas logo. Then it has been the moment of lights and lasers to light up the main stage.

You can have a look at the full video recording of the opening ceremony including the drone show below. EDC Las Vegas is beating live-streamed as well. Don’t forget to check out the best artists you can’t miss at EDC Vegas 2022.