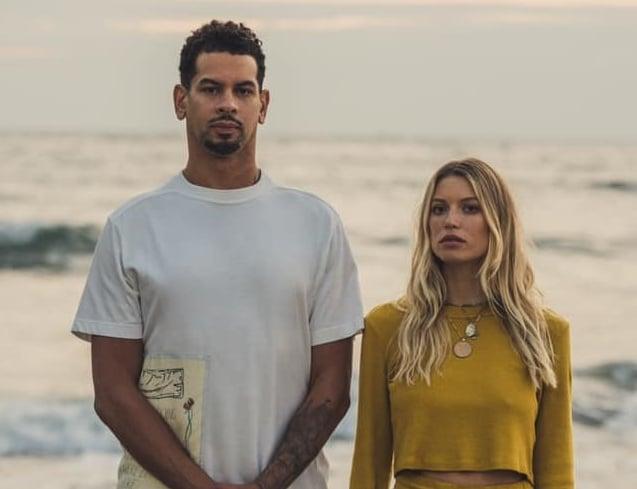 The track will be part of Englund’s hotly-anticipated debut album Messing With Magic out on December 11th on MK’s label AREA10.

Dance music heavyweights Anabel Englund and MK have unveiled the official video for their collaborative single ‘Underwater’, out 18th November.

The risque official video for ‘Underwater’ is shot entirely within the confines of a peep show, with Anabel fully embracing the environment as she plays the role of the protagonist. A club smash, the track has already racked up more than 2.5 million Spotify streams since its release at the end of September.

‘Underwater’ follows several standout releases from Anabel Englund including ‘Warm Disco’ and ‘See The Sky’ working with prolific artists such as Lee Foss and Jamie Jones along the way. These songs and more will appear on Englund’s hotly-anticipated debut album Messing With Magic out on December 11th on MK’s label AREA10.

A multi-talented singer-songwriter who has worked with some of the most respected DJs and producers in dance music, Anabel Englund garnered widespread acclaim when she linked up with Jones and Lee Foss in 2012 to form Hot Natured. Their single ‘Reverse Skydiving’ amassed over 13.4 million streams on Spotify alone, immediately asserting Englund’s status as a force to be reckoned with.

Boasting over six hundred million career streams, MK is one of the most idolized figures from the world of dance music. With over 30 years in the game, he is best known for the platinum-selling ‘Back & Forth’ and ‘17’, which has sold more than one million copies in the UK alone. ‘17’ was preceded by ‘Piece of Me’ in 2016, another platinum-selling record to add to MK’s pile of growing accolades.

The official video for ‘Underwater’ is a perfect visual accompaniment for the sensual club vibes of the track itself.