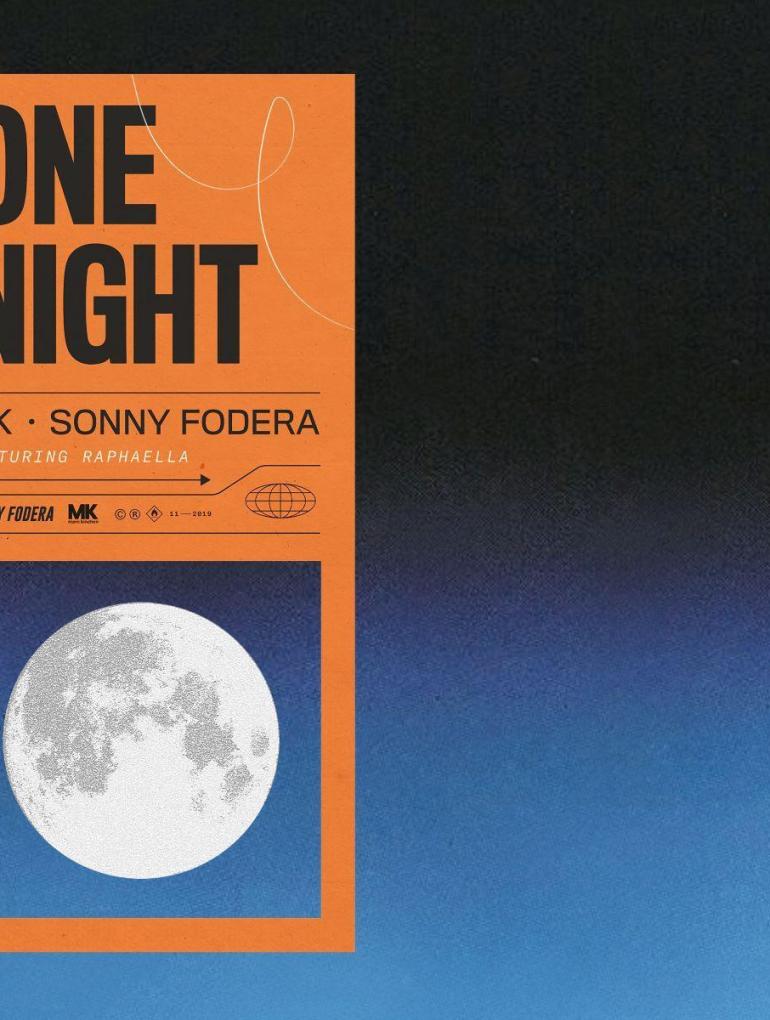 An irresistible slice of piano-led house which is underpinned by the soaring vocals of Raphaella.

House music stalwarts MK and Sonny Fodera have joined forces on new single One Night, an irresistible slice of piano-led house which is underpinned by the soaring vocals of Raphaella.

Kicking off with soft and rolling rhythm, One Night injects a soft and angelic vocal by Raphaella, rapidly followed but a catchy housy and techy drop. Keeping the tempo with a clean beat, the record continues delivering Ibiza-inspired vibes for another successful record.

It’s not rare to catch Mark Kinchen and Sonny Fodera playing the same parties, whether is in Ibiza or somewhere in the world. MK himself has brought his Area 10 brand to some of the world’s most sought-after party locations, including headline slots at Creamfields, Parklife, Life Festival and Ibiza Rocks. He recently performed at All My Friends Festival where he performed a b2b set with Diplo.

Axtone is great again with Lenno and Olivera ‘All Too Much’

Sonny Fodera, a similarly celebrated rising star in house music has been infiltrating dancefloors all year following the release of his latest album Rise and club-focused singles on his own Solotoko imprint. Sonny has become one of the hottest names on the white isle ahead of his return in 2020. As the year comes to a close, Sonny plans to finish strong with this dynamic collaboration alongside one of his heroes and mentors in the scene, MK, with a track they wrote together this past summer in London.

MK and Sonny Fodera One Night is currently out now via Area 10/Columbia/Ultra. Check below for the stream or follow this link to save your copy.