Cosmic layers and balearic rhythms paired with a catchy vocal hook: Phunkadelica's latest release really has it all 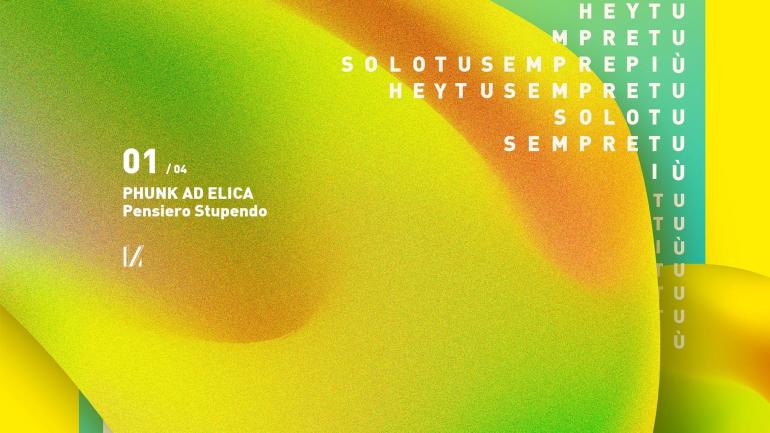 Sicily-born duo devoted to spreading their personal take on the Italo Disco sound that right now is making a noticeable comeback in the Dance Music underground, Phunkadelica have already grown a solid reputation thanks to their releases on Innervisions, ‘Romantico Disco EP’, and Correspondant Music, just to cite a few.

Formed of Luca Marano and Toni Sambataro, Phunkadelica’s style combines the previously mentioned Italo Disco sound with elements of Techno, Electro, Funk, and more; that’s why, in the last year, it has become common to hear their tracks been played out by the most different DJs, from Dixon to ÂME, to Krystal Klear and even Moguai. It’s Dixon himself who premiered one of the records included in their latest release, titled ‘Pensiero Stupendo’ and available now on Multinotes.

The label founded by Italian Techno staples Lehar, Musumeci, and Olderic is home to the duo, having previously released their ‘Phunkool’ EP, and warmly welcomes them back for this exciting three-track outing, which precedes the launch of their album ‘Phunk Ad Elica’.

Opening up the dances is the title track ‘Pensiero Stupendo’, Italian for ‘Beautiful Thought’, a manifesto of the renewed Italo Disco sound, with a pinch of Synth Wave as well. The melodic synth heaven is well paired with robotic Italian vocals, which lead the slow-moving march effectively. Stepping up to remix duties is fellow Sicilian DJ and producer Musumeci, a master of the new Italian wave with releases on Kompakt, Bedrock, and Watergate; his take on ‘Pensiero Stupendo’ has been championed by Dixon, who played the track throughout the entire summer at his Pacha Ibiza residency. His faster version, more consonant to the White Isle dancefloors, relies on a relentless electro bassline without distorting the original. The B-side moves away from the dancefloors, and is entrusted to ‘Phunkadelicamente’, whose funky bassline, eclectic guitar, and retro synths wink at Parcels and Daft Punk latest production.

Stream Phunkadelica’s ‘Pensiero Stupendo’ at your favourite platform, or buy it on Beatport.