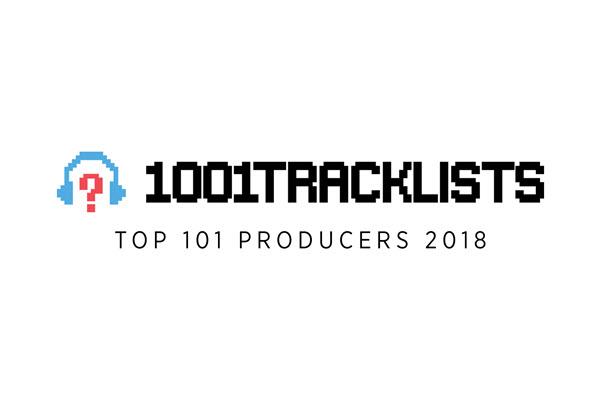 [vc_row][vc_column][vc_column_text]When people talk about EDM music chart, the first thing you have in mind is the Dj Mag TOP100 but, it’s not the only chart out there (we have also launched our own votation last year for the Groove Cartel Awards). Since a couple of years, the world-famous tracklist site, 1001tracklist.com, has launched his own Top 101 Producers based on real data coming from the site.

1001tracklists reveals the TOP 101 Producers in 2018 according to its site statistics.

For the one who doesn’t know 1001tracklists, they actually host the world’s famous tracklist site which includes tracklists from radio shows, podcast, festival sets, nightclub sets etc. Every track played is inserted into their system and you can check when, where, who played it, how many times and a lot of other interesting stuff.

As told at the beginning, 1001tracklists has unveiled its TOP 101 Producers for 2018. The ranking is super simple: the more your tracks are played, the more your position in the ranking rises.

This year works a little bit different from last year because, if in 2017 the ranking was released in January, at the very beginning of the year, now they have used the data from October 1, 2017, to September 30, 2018.

At the top of it, we can find Don Diablo with more than 1350 people who have played at least one of his records, overtaking Skrillex who is now 2nd. At the 3rd position, with no change from last year, we have the one and only, King Axwell.

With 12 positions gained, CamelPaht are at the 4th spot, followed by Sebastian Ingrosso at the 7th, with two positions gained. Closing the top 10, also given by the fact of his premature and overwhelming disappearance, Avicii is the highest new entry in the ranking.

Steve Angello has climbed 59 positions, thanks to his unbelievable album HUMAN.


Scrolling down the ranking we can find Kryder, Leandro Da Silva, Tom Staar, and D.O.D whom inexplicably lost positions. Dannic has gained a huge number of positions, as well as Nicky Romero, respectively 12 and 46 positioning themselves at the 32nd and 38th position.

Italian trio Sunstars, a new entry in this year ranking, are now 41st followed by Will K at the 48th position.

As every poll or ranking, we have to analyze the data first but, the way 1001tracklist acts to draw up the final ranking is probably the one that reflects the most the real performance of the producers / DJs involved.

Big up to the guys from 1001tracklist for the huge work they have done and they do every day. If you want to check the full ranking just click the + button below.[/vc_column_text][vc_toggle title=”Full 101 producers list by 1001tracklists” style=”square” color=”grey” size=”lg”]