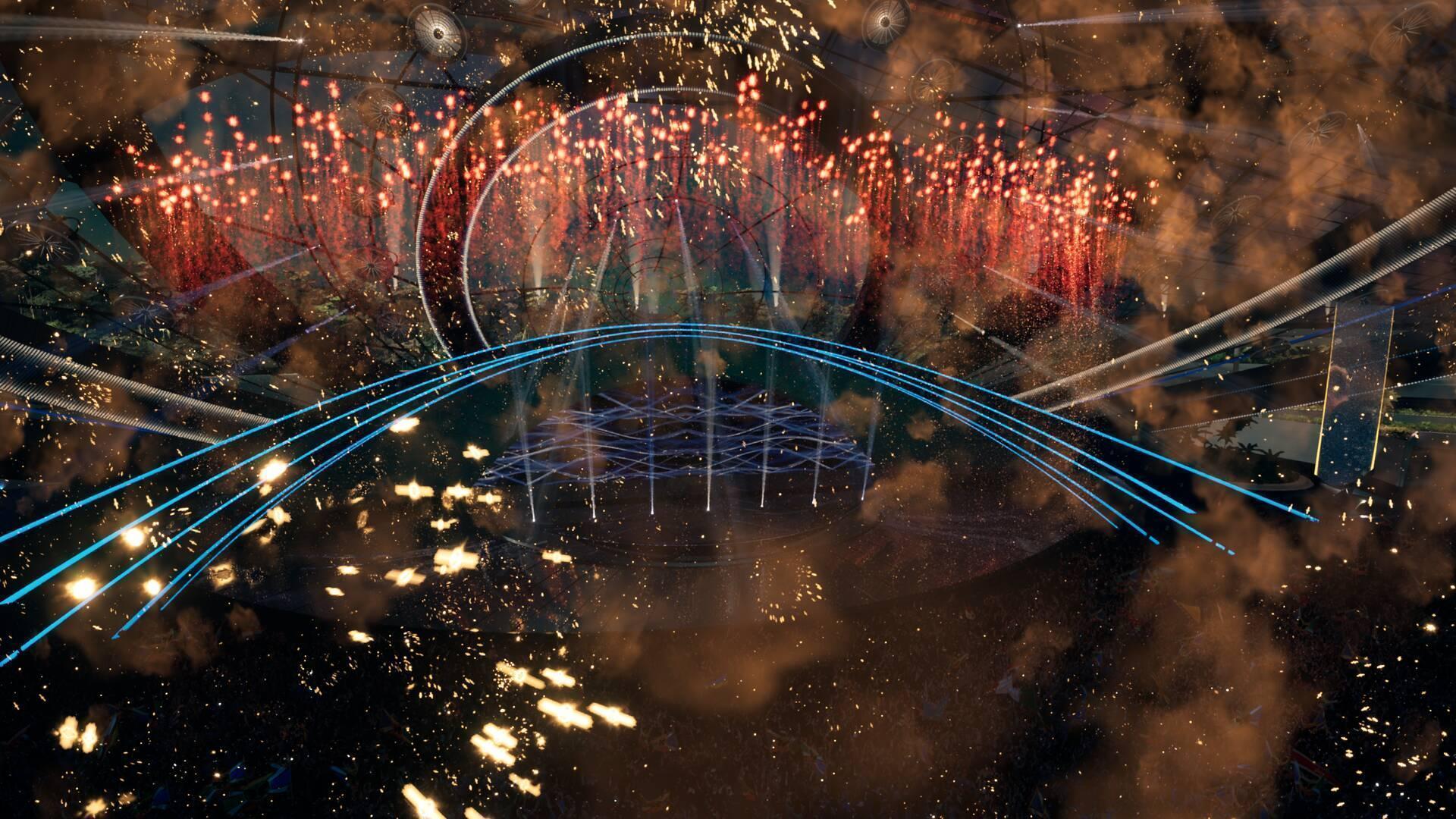 Raising the standard of the virtual music festival experience, Tomorrowland 31.12.2020 New Year’s Eve edition has been a success. Cutting edge visual experiences, state-of-the-art technologies used to produce and record the festival, and a massive lineup has brought Tomorrowland to lead the festival reach even in the digital era.

Over the past few months, a team of over 200 people has been working day and night – accounting for around 32.000 hours of work in total – to take the techniques used for last summer’s digital festival Tomorrowland Around the World to a higher level – refining and advancing the latest technologies in 3D design, video production, gaming, and special effects. The end result is the biggest digital celebration hall on the planet NAOZ that will be used for the very first time for a unique digital New Year’s Eve festival in all 27 time zones in the world with performances by 28 of the best artists across 4 digital stages. Festival visitors will be treated to an immersive music festival experience, combining 3D decor and artist performances with a spectacular show featuring special effects, fireworks, laser shows, and realistic crowd and sound effects. The digital universe of Tomorrowland 31.12.2020 features over 950.000 virtual visitors who each will have their own attributes, including 65.000 virtual flags of over 193 different countries. About 250 real-life extras were hired (all COVID-19 proof) to make sure there are realistic crowd visuals and sounds, cheering, applause and singalongs – all timed according to the artists’ sets – to generate an even more immersive effect.

Tomorrowland has built 2 large green-screen studios to record all the artist performances, one in Belgium and one in Los Angeles. The studios had to be modified to create an environment that allowed enough room for the festival’s creative team to operate in – with all cycloramas (infinity-walls) being 6 meters or higher, at least 8 meters wide and at least 8 meters in depth. A full-sized DJ booth was built in the studio, with both studios measuring the exact same set-up. Before the cameras were set up, the studio facilities got a technical overhaul to get them ready for augmented reality productions. On the ceiling, a large grid of infrared reflectors was installed to allow tracking devices to measure the exact position of each camera head. All other parameters of the camera and lenses were transmitted live to servers that recorded the data and rendered a low-resolution version of the virtual world for the camera operators and directors. On top of the 17 4K ultra-HD cameras, 152 virtual cameras were created, resulting in a total of 160 hours of footage. Each stage had a different technical setup, similar to moving the outside broadcast truck from one stage to another, the truck configuration was changed from one stage to another. Along with the technical setup, the lighting on the artist changed according to the location of the stage and the time of day during the broadcast.

At the end of the pipeline, the 3D stages designed by Tomorrowland’s creative team are imported and layers of show elements, including lights, lasers, visuals, attributes and environment are added. Ready to welcome millions of people from around the world, Tomorrowland pulls out all the stops to create an unforgettable end of year party, using 1.200 virtual fireworks, 184 virtual lasers, 2.750 virtual lights, and 40.000 light cues. All technical elements that make up the show are programmed and controlled in the same way and by the same skilled team that does this for the real-life Tomorrowland editions, resulting in a realistic image with hints to iconic stage designs of the past. Initially, the software was not designed to add video of real-life footage to it. With the help of the developers, it is now possible to have volumetric light on the talent in the set.

On the digital festival grounds, over 950.000 virtual visitors will each have their own attributes, including 65.000 virtual flags of over 193 different countries. Here as well custom builds of the software were necessary to be able to process the camera tracking data differently than in standard broadcast solutions, read the DMX data from lighting consoles and integrate with nonlinear editing systems to switch between all virtual cameras. Custom APIs were written to bridge software packages that never interacted before. A total of 120 computers and 30 rendering engines were used, resulting in over 1.000 rendering hours – sparing no efforts to blend the artists in the magically created environments and deliver a legendary show to end this year with a bang.

Tomorrowland’s New Year’s Eve festival is set to be unlike any before and one thing is a given. Fans will be treated to tons of brand-new records and exclusive unreleased IDs will be hitting the virtual dance floors all night long. There are 21,5 hours of music and over 450 different tracks to choose from, including more than 65 unreleased IDs.