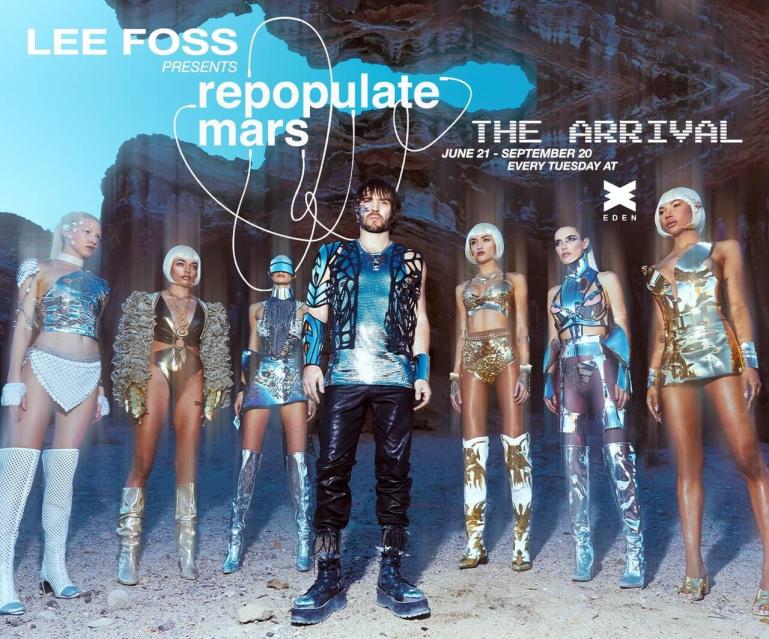 Lee Foss just announced his return to the White Island in 2022, after being banned from Ibiza for 10 years. From June the 21st to September the 20th will bring his Repopulation Mars to Eden Ibiza for an incredible summer season.

Hot Creations label owner and Repopulation Mars founder, Lee Foss was banned from Ibiza 10 years ago. In an interview with electronique.it, now accessible only via Web Archive, he claimed that meeting Jamie Jones in Ibiza in the early 2000s changed his whole approach to music and laid the foundations for his later career. The pair quickly became close friends, paving the way for their Hot Creations label.

The reason for the ban is yet unknown.

Lee Foss will bring The Arrival, a Repopulation Mars party on Eden Ibiza all 2022 summer long.

Now, after 10 years from the ban, Lee Foss is ready to be back in Ibiza. He will return in full effect at club Eden with his Repopulation Mars residency.

Titled ‘The Arrival’, Repopulate Mars’s all-new event series will take place every Tuesday from 21st June to 20th September. It marks Foss’ first shows in Ibiza in over a decade and will be preceded by shows at Dream Valley Festival on May 28 and Saga Festival on June 3.

It has been 20 years since I first dreamed of bringing my vision to Ibiza. I’m so excited to finally have that chance. Every Tuesday at Eden we will open the fabric of space and time from the most magnetic island on earth to travel to the Red Planet and Repopulate Mars with the hottest DJs in the galaxy. – Lee Foss

Tickets for every night at Eden club with Lee Foss’s Repopulation Mars are now on sale via tixr.com.