How 3D Printing Is Changing The Music Industry 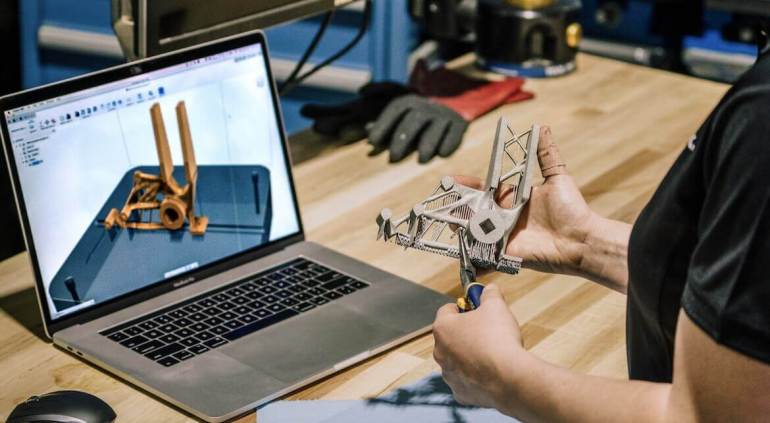 The incredibly creative examples of the remaking of traditional instruments by 3D Printing technology are available on online repositories such as Thingiverse and Cults 3D. All you have to do is visit any of these and type “musical instruments” on the Search tab. 3D Design files of violins, ukuleles, recorders, and other instruments of varied qualities will be available for download.

You can customize a musical instrument at a considerably low price using 3D printing technology. This facility was and is unavailable while manufacturing a musical instrument with any other technology. Some of the renowned names in this field are VLANLAB, Olaf Diegel, and Syos. The primary focus of the name of the companies mentioned above is to create instruments that compete with their traditional counterparts and even outdo them.

VNLAB is a design studio that holds a record of creating 3D Printed violins and violas. The company called Syos concentrates on creating custom saxophone mouthpieces suiting your sound desire. Olaf Diegel is into the creation of unique 3D Printed instruments called ODD Guitars. Replication of the unique artistic shapes of these guitars is impossible using traditional manufacturing technologies. All three companies are known for maintaining tone quality and craftsmanship that beats the instruments’ traditional counterparts.

The musical instrument industry has always tried to use manufacturing technologies or creating new sounds. So it was obvious when 3D printing technology looked forward to developing instruments that were never-before-seen to produce sounds like never before.

Artists like MONAD studio have been able to come up with some fruitful results of experimenting. They have manufactured a unique horn that they like to call a Hornucopian Dronepipe. The product is bound to be loved more by all the Mad Max fans out there. As it looks just like the one shown in that movie.

Another such creative artist is named Kent Wardle. He has created an instrument that he likes calling Mixtrument. This is also a musical instrument based on air. The section-specific construction of Mixtrument permits you to mix and match saxophone, woodwind, and horn parts.


Apart from this, there have been creations in the Electronic MIDI instruments section. A lot of fresh ideas that are lucrative are also on the table, forcing you to think about the bright future of 3D Printed musical instruments.

Musical instruments that are only found in books can be created using 3D Printing technology. This contribution of 3D Printing strives from its ability to offer precision like no other manufacturing technology. As you might know, the complete production of a part or functional prototype in 3D printing technology depends on a 3D design file. The efficiency of 3D modeling software is par excellence. And that’s something that gives wings to many designers for creating something so ancient with precision in today’s modern age.

Billy O’Foghlu worked with the College of Asia Pacific after discovering a piece in an archeological collection. He thought it’s an ancient mouthpiece. Because Billy couldn’t try his hands and mouth on it, he went to a 3D printing company that 3D printed him the exact piece in bronze. Affixing that to an ancient trumpet and viola sound and worked as a horn of that period!

There is also a company that is specifically into making high-quality replicas of Cornetts and Zinks. The company is named Cornetti. Those who are into the music industry would know how there were pieces composed by Bach for an instrument called Cornett. But there wasn’t any Cornett into play because that musical instrument was obsolete. Thanks to 3D Printing technology, such and hopefully many other musical instruments of ancient time can come into reality, just as the newer ones are coming into reality from imagination.

It should also be noted that all of the improvements mentioned above are made not only in the aesthetics but also in managing the tone and the craftsmanship of the musical instruments. A significant contribution 3D Printing has been able to give to the musical instrument industry is because of its flexibility in customization.

If you need a piece of instrument that has a texture and surface like no other, you can manufacture that easily with 3D Printing technology. Also to note is the capability of this technology to create at a low cost. If for the same task you try to search for options in other manufacturing technologies, it will cost you very much!

Having stated so, the technology is still developing and hence constantly trying to connect with the musical instrument-making industry in as many ways as possible. Who knows after twenty to thirty 3D Printing technology will become the primary technology for making a Guitar or a Piano?