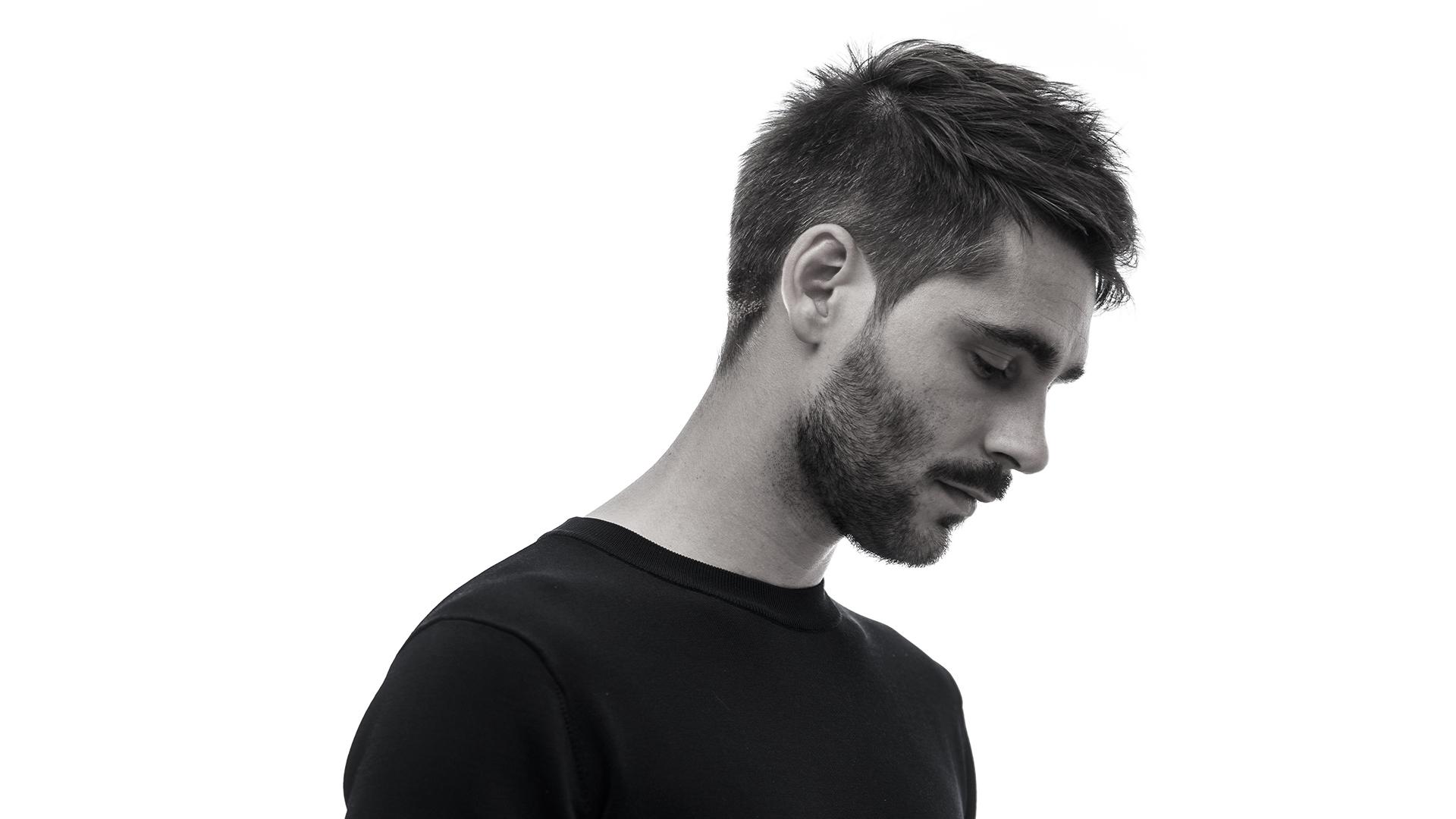 Being in the industry for more than 13 years and having spaced from electronic to orchestral music, Worakls is one of that unique artist that does not go unnoticed

Born in 1988, Kevin Rodrigues, better known as Worakls is a French DJ and electronic musician. With a huge musical background (he started to play piano at the age of 3) he decided it was time to focus on electronic music. With more than 13 years of activity, Worakls has found his spot in the “electronic music global league” performing on the biggest festivals, stages, and venues around the world.

Recently Worakls also presented two remixes by Rodriguez Jr. & Booka Shade of Nikki and Entrudo for the celebration of the 2nd anniversary of his 2019 Orchestra album.

With a forced pause from touring due to the pandemic situation, we have reached him out for an interview about Worakls past, present, and future. Here is what he told us:

Hey, thanks to you guys! When I was around 18 I started to club and when I saw what Eric Prydz could do with electronic music it made me want to try it as well!

Your music is highly influenced by classical sounds and instruments and it’s has been described by Billboard as “serious techno with a light touch.” Do you have a specific workflow when creating your tune or, when something comes to mind you start to write it down and see what happens?

You know, I think all composers are inspired by music. It just happens that my influences are mostly classical music and film music … and also techno! Haha. So I don’t really ask myself why should I use a synth here or a cello there… it just happens, that’s my natural way of composing music …

Your first release came out in the form of Unity EP in 2008; 13 years later we can say your music has evolved a lot. How would you define this process and how and why sounds have shifted from minimal raw techno to something more chill and ambient in some cases?

When I started I was really into minimal music and I actually still love it but it’s true that, with time, I calmed a lot this “clubbing” vibe and looked more into a concert one! I can’t really explain it but I guess my music evolves naturally with my tastes.

In 2019 you release your first (and only) studio album Orchestra. How the idea was born and what it means to you?

I wanted to add an orchestra to my shows for a long time but I thought that this was the perfect opportunity to do it. Releasing an album on which I could add more orchestral music than before sounded like a good move to send the message that it was my direction now! For me, it’s just lore options. I still have all the electronic toys, I just added some orchestral ones to it!

You seem to have a big musical background. Do you like to experiment in the studio and have you ever produced something completely different from your usual musical genre?

All the time! I think it’s one of my biggest studio goal. To not repeat myself. I’m always trying to get out of my comfort zone. So that’s why when I mixed fado and electronic music it became Porto. Or when I did some DNB, crow! Pandemonium was some metal inspiration… etc …

Over the years a lot of your releases have some sort of cinematic vibes. Have you ever thought about scoring a soundtrack for a film?

Of course and I’m doing it more and more. It’s actually a goal for me. To still have this career but also compose for films. It’s an exercise I really love!

More than a DJ set, your performances are truly live-act. Could you describe what’s your process when you have to play live? You always have pianos or synths and drum pads linked to Ableton. Do you do some sort of groundwork before the show or it’s everything done live?


All my tracks are decomposed into 8 groups of instruments so I can play with the structures live! Also, I try to know my tracks the bests so I can improvise on it with the keyboard. Of course it’s always nice to work it before since it has to sound good… not only be fun to play! Haha

In 2019 you team up with the Cercle crew for an incredible show that included a whole orchestra. How the idea was born and, have you ever done something like that? How did you coordinate the orchestra to play with you?

I particularly love what Cercle does for years and we were speaking for months about doing something together! I asked them to wait for this show to be operational so I could give it to them… I wanted to do the best possible and this show was my baby so I’m super happy that it was my very first Cercle! It took me something like 6 months to write this show and to rehearse it! Can’t wait to write a new one!

13 years of career are a lot of time, considering how fast things evolve lately. How would you describe the changes in over a decade and how you faced these changes. For instance, 5 years ago the performance with Cercle wasn’t in anyone’s thoughts.

The world evolves around us. You can try to change it or to adapt. That’s what I think … Cercle was born because the concept is good and the people who are running it are very talented. So it was meant to be! Like many other things! In my case, I try to do my best every day and take nothing for granted. I aim high but always in respect of my environment, people around me, and knowing that I have a lot of work to do to achieve my dreams!

How social media have impacted your life as an artist if they did?

Well, it was kinda hard for me to start using it because I’m not really someone that enjoys showing my life every day… but I got used to it. I like to follow some people and see what they are doing so I try to give my listeners what I would like to see from my idols haha. But in the end, that’s so nice and my followers are always so kind to me… I try to answer everyone and their messages are some kind of fuel! It’s always giving me a lot of energy.

You own two record labels, Sonate and Hungry Music. Why have you decided to “go by your own” with a music label? Do you manage the A&R tasks in the label?

Because I thought I wanted to propose a kind of music that wasn’t really trendy … so instead of fighting with the existing label, I chose freedom haha. But I still allow myself to release somewhere else sometimes! My awesome team is helping me with the a&r tasks and we are doing a lot of meetings to take all decisions together!

Now I would like to talk a bit more about the “hidden part” of being an artist. The last year has been a very thought period for everyone, especially people working in the musical sector. How are you facing the situation? Has your creativity suffered or this new challenge has given you new ideas for the future?

I think it was a pause that I definitely needed in terms of traveling, shows, etc … but I worked even more in the studio and the inspiration is bigger than ever so I’m very lucky about it! Of course, it’s a bad situation and we all want to be back to normal but I try to think about what I can do while it’s like this and try to come back stronger than before!

Being an artist of your caliber, with huge shows, maybe pressing requests from fans, high expectations, could be very stressful and energy-consuming. How do you manage everything and keep things “in order” without burning out?

Well, sometimes I feel I’m quite close to burnout, and sometimes my balance is better. Sport is helping me a lot with that. I included it for the past two years in my life and it’s really something that helps. But once again, my fans are usually more helping than causing pressure… I’m the one who’s putting all the pressure haha

Have you ever thought not to make it and/or leave everything and do something completely different and, in that case, how did you react?

Never! I always thought that, if someone can do it, why couldn’t I? And also, the matter was more, how can I do it? Then: can I do it? Today I’m lucky enough to live from my passion. That’s one of the biggest luck I could ever dream of.

What can we expect in the future from you and your label?

New music a new orchestra show a new album new soundtracks and a lot of dedication and love!

We want to thank Worakls for the kindness; make sure to follow him on all his social (including Spotify) to stay updated with what will come next.