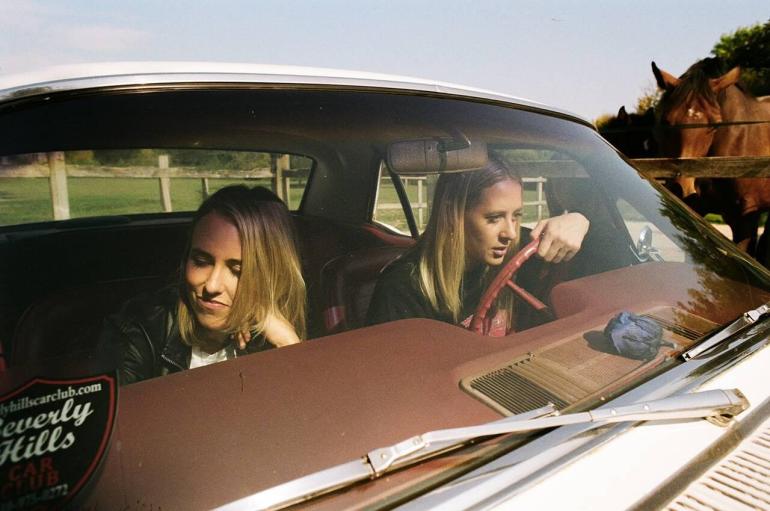 Found In The Wild, the long-awaited Eli & Fur album is finally out now via iconic Anjunadeep, featuring 12 stunning tunes and an incredible music video for Broken Parts, their latest single.

Eli & Fur are the British live act, singer-songwriter, and producer duo Eliza Noble and Jennifer Skillman, who have been working together for nearly a decade. Their careers as DJs, songwriters, vocalists, and producers have taken them all over the world as touring musicians, and they’ve graced the stages of some of the world’s biggest festivals, including Coachella, Tomorrowland, and Glastonbury.

'Found In The Wild', the debut album from @eliandfur. Out now on Anjunadeep 🎵
Featuring downtempo moments, and club-ready cuts like 'Come Back Around'.

Anjunadeep, a seminal electronic imprint and long-time label home, has released their long-awaited studio debut album, Found In The Wild, which was announced back in May. Built as a two-part album concept, it is a sonic presentation of two contrasting and essential parts of the Eli & Fur sound.

The first half of ‘Found‘ is a collection of song-based productions that showcase Eli & Fur’s abilities as songwriters, vocalists, and producers. The girls’ signature electronic textures blend elegantly with their songwriting prowess, which began when they were just 18 years old and began their careers at pop production factory Xenomania, a UK powerhouse known for producing hit after hit. Eli & Fur spent their days writing songs for Girls Aloud and Pet Shop Boys, and their nights producing their own ethereal, emotive music.


“Broken Parts” is Eli & Fur’s final single from their upcoming album, ‘In The Wild,’ and it’s taken from the album’s second half, which explores the girls’ penchant for emotive dancefloor productions. The song is unmistakably euphoric, culminating in a shimmering and emotionally charged crescendo for their stunning debut studio album. It marries evocative vocals written around their own experiences as young musicians with their unique brand of euphoric club cuts, as is typical of Eli & Fur.

The song “Broken Parts” is accompanied by an equally memorable video. The video encapsulates a subtle narrative alluding to being kept inside and wanting to do literally anything, even if the world outside is still uncertain. It was shot in one heroic night into day in Los Angeles, starting in Downtown and landing at the ocean for sunrise.

Eli & Fur has been a musical journey that has always been open and unlimited. The inspiration behind the album is the journey of finding that sound that we really feel defines us. We have drawn from that journey to get to where we are both musically and emotionally to put together a collection of tracks that really showcase the two sides of Eli & Fur. Not only does our music have two sides, but so do we. We want to bring the listener into those worlds, feelings they also feel. Not just on the dance floor but in their heads and in total solitude. “We wanted to show both sides of us. We are quite varied in the way that we write music and so it made sense to have two parts living side by side. Everything we really love is on the album and we’re super proud of how it’s come together. – Eli & Fur

Eli & Fur returns to Anjunadeep with the stunning Found In The Wild debut album which can be streamed and download via this link or below.