The report provides vital and telling statistics of how the Electronic Music Industry has moved across the year, providing a barometer for the market as a whole. 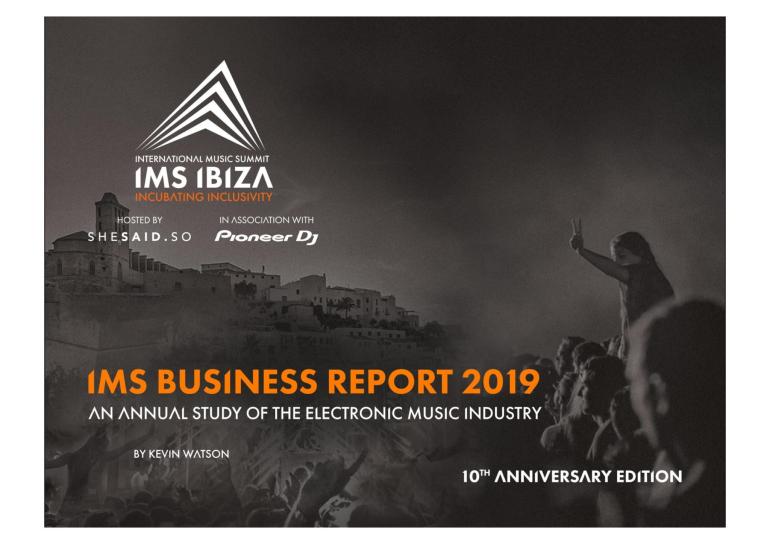 The report provides vital and telling statistics on how the Electronic Music Industry has moved across the year. It provides a barometer for the market as a whole being an essential tool for the electronic music business.

This year the report has highlighted positive movement in many areas; an IFPI survey ranking Dance / Electronic as the World’s 3rd most popular music genre, behind Pop and Rock. An upward trajectory has been observed with female Techno DJs dominating the festival circuit in 2018; you surely have seen or read on festival’s lineup names such as Nina Kraviz, Amelie Lens and Charlotte de Witte. CERCLE has helped a lot in this way. The live stream DJ performance platform has generated more than 135 million YouTube views since 2016.

Not everything is bright tho; falls have also been observed with overall Electronic Music industry value dipping 1% in 2018. A decline in nightclub venues is accelerating also because of a number of high-profile closures around the world during the past months.

The report highlighted the fact that music revenues grew by 9.7 % in 2018. If Asia and America had an increase between 12 and 14 %, Europe has almost no growth. As expected, the digital revenues were the once which grow the most with 21 %.

USA and UK have seen a fall of the dance share on recorded music; instead, German and Canada have seen an increase.

Talking about dance music, the IMS 2019 business report says that Dance is the World’s 3rd most popular genre; an estimated 1.5 billion people typically listen to it.

According to Beatport statistics, Techno is still the most selling genres. Tech House and House follow with a re-climb of progressive house. Melodic House and Techno seem to be the genres of the future, already at the #5 position after only 1 year from their launch.

Last year festival circuit has been also dominated by female techno DJs with, on top, Nina Kraviz and her 35 festivals in one year. Followed by Amelie Lens and Charlotte De Witte (#5 position) the three have grown their Instagram, YouTube & Spotify fanbases faster than the Top 5 DJs. On Instagram, Amelie Lens has more than doubled her followers and, on Facebook, a spike on the followers appeared after her 2018 Time Warp set.

The IMS 2019 business report put an important focus on the mental health problem. 73% of independent musicians have experienced negative emotions, driven by fear of failure and many other factors. 1 out of 3 had experienced panic attacks as a symptom.

2018 has been the year of live events. The number of people that attend festivals, live concerts and nightclub nights is increased. 52% of the USA population said they attended a live music event in 2018. However, the decline in nightclub venues is accelerating. The closures of well-known clubs, especially in the last months, are way more than the big new openings.

Only in the UK from 2013 to 2017, only 1% of clubs have closed every year. In 2018 the number of nightclubs in Great Britain fell by 21%. People seem to prefer bigger productions such as music festivals instead of clubbing.

In Las Vegas, after a peak in 2016, the proportion of visitors going to hotel clubs and pool parties has dropped significantly. A new venue called KAOS is set to open in Las Vegas; it may help
boost visitors in 2019 thanks the intention of the venue to host high-profile Electronic DJs as residents.

Track sales grew 17% in the 12 months to Q1 2019, the third straight year of growth. Beatport is also going to launch two new services; one of them will let DJs use Beatport’s database while mixing. In this way, thanks to a subscription and an internet connection, you won’t need anymore USBs.

Subscribers on the music streaming platforms have increased with Apple Music doubling its paid subscribers last year. In February 2019 paid subscribers in the USA overtook Spotify for the first time (28m versus 26m).

YouTube is still one of the biggest platforms regarding music streaming (in a video format). Cercle is a great example with its 135m YouTube views achieved since launch in April 2016. With 77 million views only last year, Cercle now counts 2 m views a week, 25% more compared to the previous year. 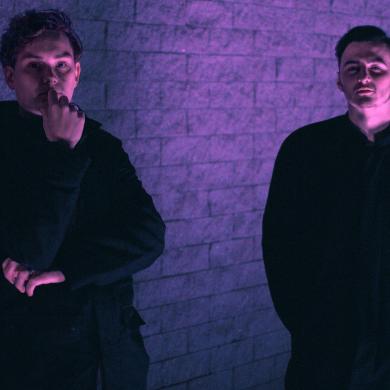 Axtone teases new music from the Swedish House Mafia reunion dj-set
This website uses cookies to ensure you get the best experience on our website: Find out more.