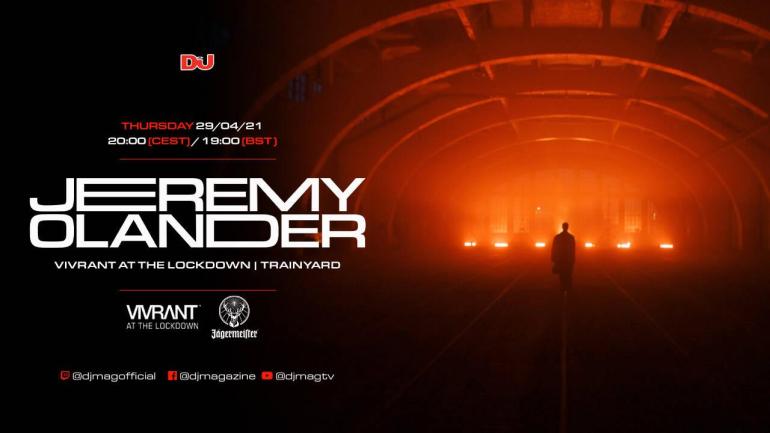 Jeremy Olander was one of the first artists on the electronic scene to jump on what would become an avalanche of digitally transmitted performances when the pandemic hit the world in mid-March 2020, bringing live music to a halt. When the United States declared a travel ban, Olander was in the midst of the final leg of his Balance World Tour in support of his career-first mix album on the renowned Australian imprint. Due to his inability to travel to New York or Boston, he organized a livestream, Vivrant at the Lockdown, at local club Slakthuset with acclaimed techno legend Joel Mull, Studio Barnhus head Axel Boman, and up-and-coming übertalent MOL on a 24-hour notice.

I started this period with the outbreak of the pandemic by doing a very spontaneous stream with Joel (Mull), Axel (Boman) and MOLØ in March of 2020. We all had shows planned the weekend it kicked off, and when we couldn’t leave the country, we felt bad for everyone that had gotten tickets and figured we’d try to bring the party to them. – Jeremy Olander

I’ve been really productive in the studio in the last year, and now that we’re finally seeing the light at the end of the tunnel, it felt only right to finish this period off like I started it, which is with a stream, only this time a lot bigger and better. We’ve been working on this for a long time and we found a truly amazing location. My set will be made up of all new tracks, and I worked with one of the most talented visual artists I know, Timothy Wilson, to bring the music and space to life. – Jeremy Olander

The 60-minute DJ performance, which will be broadcast exclusively on DJ MAG’s Facebook, YouTube, and Twitch channels, will include new and previously unreleased music produced by Jeremy Olander during the 2020 lockdown, as well as a bespoke laser installation by renowned visual artist Timothy Wilson.