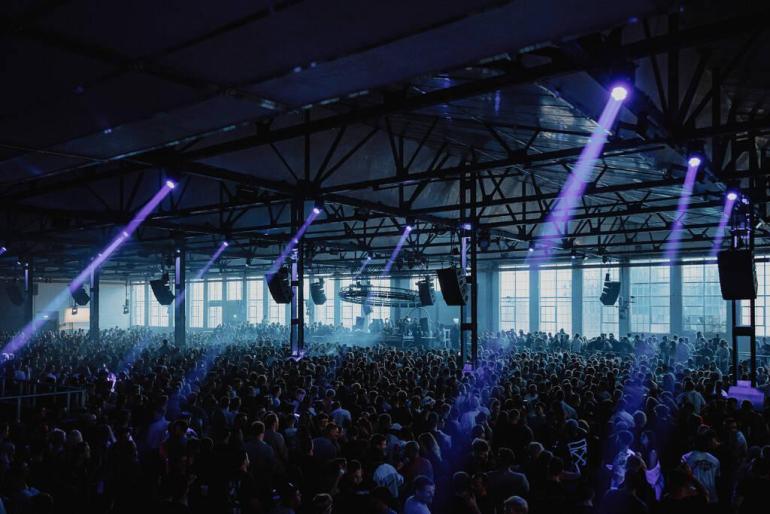 Beams add to its first AW season under the direction of Broadwick Live and LWE. The renowned partnership will perform alongside Maceo Plex, Adam Beyer, Manda Moor, Richie Hawtin, Jamie Jones, Cici, Skream, MK, Richy Ahmed, Ellie Cocks, Octave One, DJ Bone, and others. They will reunite after the historic launch of Printworks in 2014.

The Beams’ 55,000 square-foot warehouse venue, which is located in East London’s industrial district, will be unlike anything else the city has to offer and provide an unparalleled audio-visual experience.

On November 5th, Maceo Plex will kick off the last stretch of performances. The DJ/producer is an American of Cuban descent and one of the biggest names in electronic music. A musician that continuously adds to his body of work and releases a number of outstanding productions through Afterlife, Drumcode, MUTE, and his own Ellum label. Kollektiv Turmstrasse Live, Francesca Lombardo, Denis Horvat, Bambi Rambo, and a very special guest (TBA) will all be with him. Asch Pintura, Cameron Jack, Orca Sound, Redfreya, and Skimming take over room two with Parable.

On November 12th, the Junction 2 crew will get together one more for a one-time event at London’s newest nightclub. bringing in Drumcode’s own Adam Beyer, who will co-headline with Richie Hawtin and be joined in the main room by Anii, IMOGEN, Vindya, and Rkay. Antonio De Angelis, Arnaud Le Texier, Burden, Polanski, and Zuzanah b2b Tedka will all be in attendance in room two, which will be hosted by VOLT.

On November 19th, Jamie Jones performs a 4-hour concert as the venue’s headlining act. Jones and Hot Creations are two of the most recognizable names in the dance world, having made their reputations in East London’s nightlife. Chris Stussy, Seb Zito, and Manda Moor round out the main room lineup as his supporters. Astral Travel, Al:chemi, Dkatt b2b Dom O’Hara, and Ella Fayden b2b Tom McRae will be reunited at Kazoku’s room two.

Clubbing giants ABODE land on Saturday 26th November with a specially curated lineup of innovative artists from across the musical spectrum. Expect the 4000-capacity auditorium to be filled by performers including Andrea Oliva, Richy Ahmed, Ellie Cocks, Ben Rau, and more.


Skream, who got his start in the early days of dubstep, has developed a name for himself by introducing the public to his upbeat party Skreamizm. Now he collaborates with Octave One, DJ Bone, Cici, Thys, and Tia Cousins in the main room on Saturday, December 3 together with a very important guest Australian who runs his just launched label Unprotected Records. The not-to-be-missed show will pack in EC2A Worldwide hosting room two.

The 10th of December will serve as proof of MK. The DJ/producer will perform at the Beams to round off the inaugural season in style after producing a handful of classic tracks to establish his underground credentials.