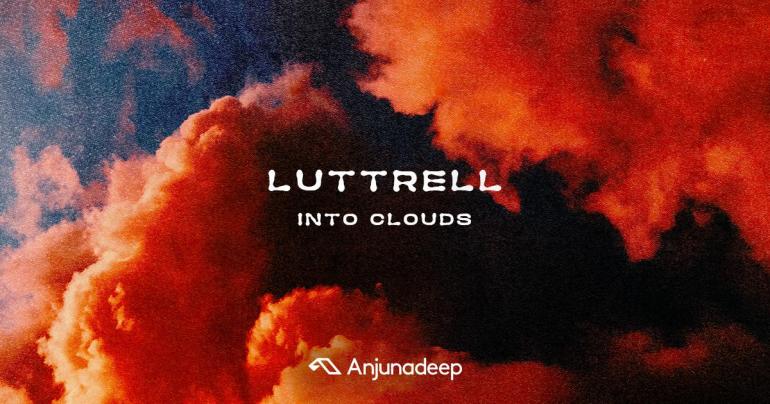 Luttrell’s long-awaited debut album ‘Into Clouds’ is finally available for the stream and download worldwide via Anjunadeep.

Luttrell‘s unique and recognizable sound has seen him rack up a remarkable 88 plays on BBC Radio 1, and almost 15 million streams, catching the attention of acts like Moby and Tycho, both of whom commissioned and released Luttrell remixes in recent months.

Inspired by the empowerment and vulnerability experienced in starting anew and going solo, ‘Into Clouds‘ is an exploration of beauty and catharsis. Luttrell explains that the deeply-personal 10-track LP is about “doing your best to recognize and appreciate the beauty – both in the good times and the bad.”

Drawing from varied childhood influences like The Smashing Pumpkins, Nirvana and The Prodigy, his love for San Francisco, and his time as a student in Berlin, ‘Into Clouds’ explores Luttrell’s broad stylistic range. The subtle melodies at the heart of opening and closing tracks ‘After All’ and ‘Outro’ demonstrate Luttrell’s knack for emotive production, whilst infectious club tracks ‘Into Clouds‘ and ‘Windowscene’ showcase his commanding dancefloor sound.

Lead single ‘Out of Me’ was premiered on Annie Mac’s show on BBC Radio 1, whilst follow-up singles ‘Quiet Even Dark’ and ‘Into Clouds’ saw similar support from Phil Taggart at BBC Radio 1 and Triple J.

Speaking of the album, Luttrell explains:

“I think each song has a message, a vibe or a feeling that each and every one of us can relate to on some level. Some moments are flying high above it all, some are dreamy or whimsical, and some moments are more pensive, delicate or even vulnerable. I want listeners to make this album their own and attribute their personal experiences and feelings to the music.”

‘Into Clouds’ album announcement closed out a breakthrough 2018 for Luttrell. Alongside the release of his ‘Intergalactic Plastic’ EP, the title track of which was named Hottest Record In The World on BBC Radio 1, he has played major festivals like Tomorrowland, Holy Ship and the DoLab Stage at Coachella, and toured the world with Anjunadeep, Rüfüs Du Sol, Lane 8 and Above & Beyond.

Luttrell is currently on the road, celebrating the release of his debut album with an extensive 23-date Into Clouds North American Tour.