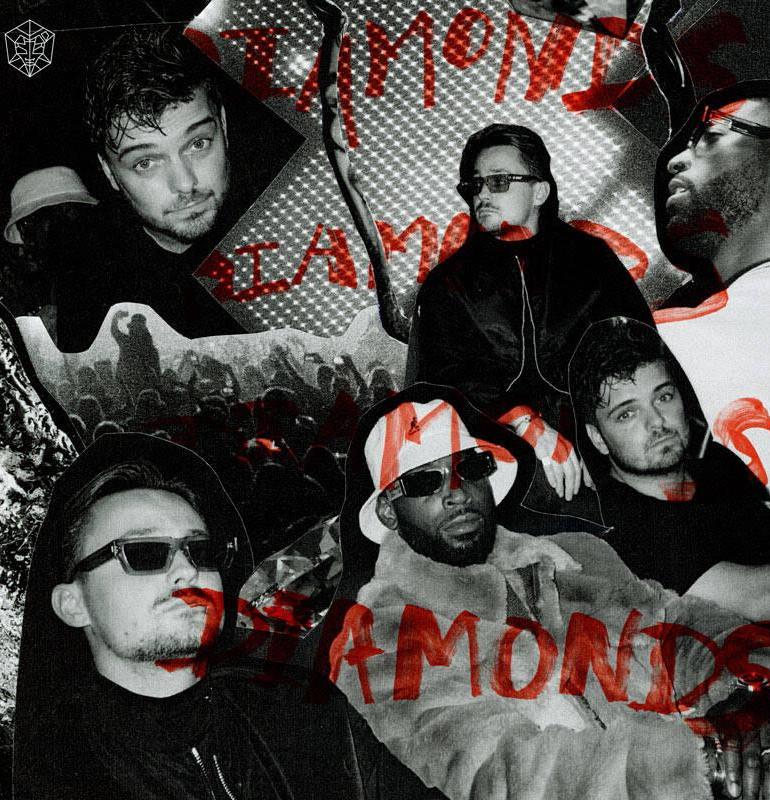 Martin Garrix and Julian Jordan talk about their collab ‘Diamonds’

"To also have both Julian and Tinie join me on stage to perform the track was so special." - Martin Garrix

Martin Garrix has collaborated with Julian Jordan, a fellow DJ/producer, and Tinie, a British rapper, for his first club banger in almost a year, ‘Diamonds.’ While experimenting with a variety of sounds over the past year, Garrix assured fans that he was still working on hard-hitting festival music and that he would release it once he returned to the stage. After premiering ‘Diamonds’ at his first show in 1,5 years, the song caused a major buzz on social media and quickly found itself among the most anticipated IDs from his set.

After the first demo between Jordan and Garrix, the latter suggested including Tinie Tempah on the track.

While working on ‘Diamonds’ I got a call from Martijn in the middle of the night; he had the idea of putting Tinie on the track. I rushed to his house and we finished the demo together that night. A few weeks later Tinie came to Amsterdam to record the vocals and the session was so much fun.

Diamonds is a track that is all about energy, something fresh and new but definitely made for huge crowds. Combine all of this with Tinie’s infectious vocals and a banger is born. – Julian Jordan

The most precious stones that shine the brightest, come from the darkest places and under the most pressurised conditions. This is the essence behind the lyrics and production that Martin, Julian and I have worked on for ‘Diamonds’ and have applied to many records over the years. I’m so excited for the world to hear what we have been cooking up. – Tinie

I missed being on stage so much, and finally playing this track in front of a crowd during my first shows in almost two years felt insane. To also have both Julian and Tinie join me on stage to perform the track was so special. I’m really happy we finally get to release this one! – Martin Garrix

The accompanying music video displays the festival energy the track breathes, with artistic live performance moments from various festivals including Creamfields and Untold Festival shot on film. ‘Diamonds’ was well worth the wait, delivering the heat as promised.