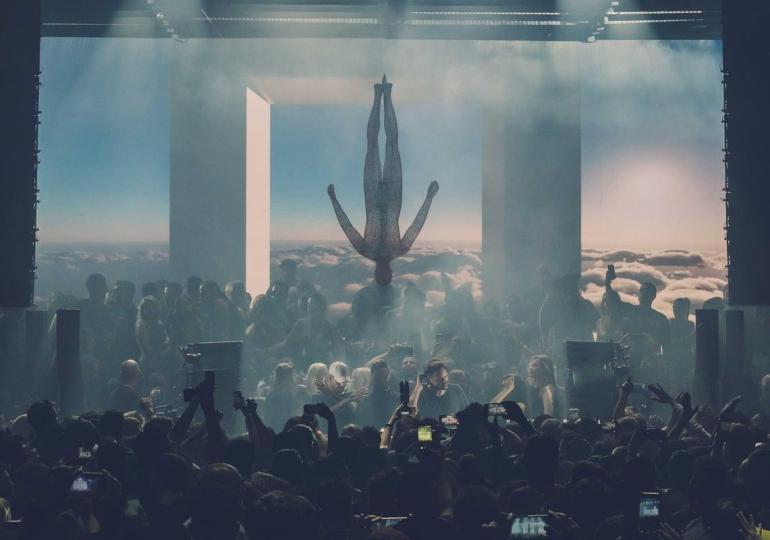 This October Tale Of Us' will close Afterlife Ibiza season at Hi with an exclusive party featuring three stages and planty top notch artists.

Tale Of Us just announced Afterlife closing party at Hi Ibiza on the 3rd of October, after 15 weeks of successful events.

There’s no doubt that 2019 has been an incredible journey for Tale Of Us’ imprint and, with 4 months ahead before the end of the year, there’s still amazing to break every record. Parties and events around the world haven’t slowed down Afterlife’s Ibiza season that has delivered 15 weeks of incredible nights at Hi. Unfortunately, everything has an end.

Tale Of Us have just announced the closing of this Ibiza season with their Afterlife party on the 3rd of October. Three stages will be taken over by the sounds from the Realm of Consciousness with a lineup worthy of a festival.

Joining hosts Tale Of Us in the Theatre are Agents Of Time for an opening DJ set, Swiss duo Adriatique, the powerful, electro-tinged style of Maceo Plex and Stephan Bodzin’s inimitable live act. To finish, the uniquely transcendent duo Tale Of Us will close out the season with a final Ibiza performance of the year, not-to-be-missed.

The Club room welcomes the hypnotic touch of Adiel and Mind Against, followed by techno titans Ben Klock, Marcel Dettmann and Rødhåd, each of whom are set to deliver a singular masterclass in sleek, dark and pumping atmospheres. For this special occasion, the Wild Corner will be opened to host DJ MXD, storied vocalist Franchino, a live show from Warp Records prodigy Lorenzo Senni and Afterlife favourites Mathame.

Afterlife top-notch production will elevate the party once again with hypnotic visuals, mesmerizing music, and incredible lights effects. Interactive visuals and other-worldly aesthetic make for a journey like no other. Check below for the full lineup. Tickets here. 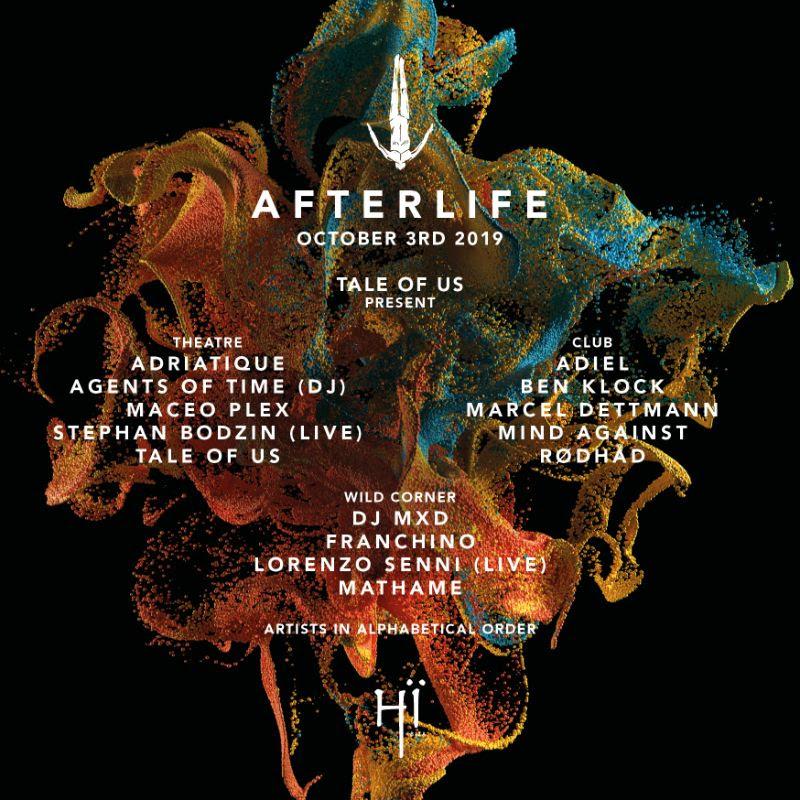 Tale Of Us and Afterlife will host their own party during Amsterdam Dance Event. Awakenings x Afterlife will kick off on Friday at ADE all night long until 6 in the morning of Saturday. More info here. Tale Of Us will bring also their party to New York, for a special multisensorial experience named Gate to the Unknown. The Brooklyn Mirage will be turned into melodic heaven on September 7th. 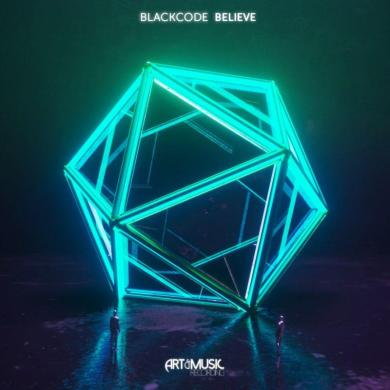