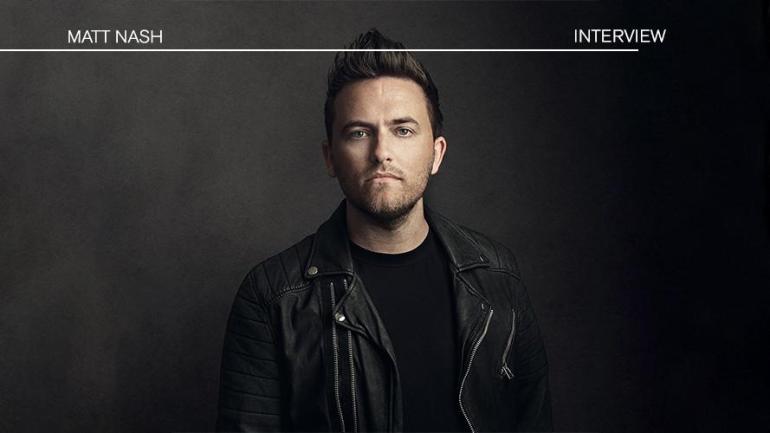 2017 was, for sure, Matt Nash year. Born in the UK and now based in Amsterdam, he has released his music on the most renewed labels in the industry like Axtone and Size Records. Besides this, Matt had gigs all over the globe as he continues to spread his signature sound.

We have got the opportunity to make an interview with him asking some interesting questions.

Hey Matt, how are you? How has been your last year been?

Hey man, I’m doing great thanks! Last year was wild, I toured more than I ever have before and saw so many new countries!

Your track ‘Run’ together with Delayers which came out on Axtone became an instant hit and it has over 1,5 mil streams on Spotify. Can you tell us how this record came to its life?”

This track came together after I met the Delayers boys in Miami in 2017, we were both playing the same party and they just came straight up and said we have a demo for you. Once I was home they sent me a demo and we both worked on it together with some more. I then had the idea to add a little vocal hook 😉

Your latest release in 2017 was ‘Let You Go‘ with Georgi Kay on the vocals. Can you get us through this record?

I came across this weird dolphin/whale ambient noise on my computer that triggered me to write the Piano chords and melodies around that. Once I had a rough demo I sent the idea over to Georgi, she wrote some amazing ideas and that’s pretty much how it came together.

Early in 2017 you also released your ‘Generation Love’ EP on Steve Angello’s Size Records. How does it feel to release your own music on such a label as Size?

I’ve been a fan of Steve’s for a loooong time, so it’s always nice to be working with Size 😉

Did Steve Angello give you some advice or did they like this EP from the beginning?


Yes, it was actually his idea to do it as an EP instead of just one single!

When you did ‘Know My Love’, did you think, that it’s will be such a huge hit?

I had absolutely no idea, to be honest, originally the synth melody was written around a different vocal that I later found out I couldn’t use. It was a bit of an experiment as it wasn’t the typical ‘groove/progressive’ sound I’d been making, but it felt really fresh and I’m happy that I’m continuing that sound in my latest productions.

When do you start making a new record, what do you begin first? Melody, breakdown, bassline…?

Honestly every time it’s different, it can be a bass sound, vocal idea, chords or even a whale/dolphin sample :p

What kind of software or hardware are you using?

I’m a software guy as I love to go back and refine over and over again. I’m on Cubase with only the essential hardware.

Your sound is very unique and it has your trademark I would say. Is it something that you wanted to or did it just happen?

I think it’s something that just happened! But also I’m very conscious of using certain things again in my productions to make them sound like ‘me’. But you have to walk a fine line and don’t make the same track again and again.

What have you planned for this year?

To release more music, continue working with my favorite labels and Tour more and more as its where I get inspired the most 🙂

We want to thank Matt for the interview. We can’t wait to hear what’s coming next.