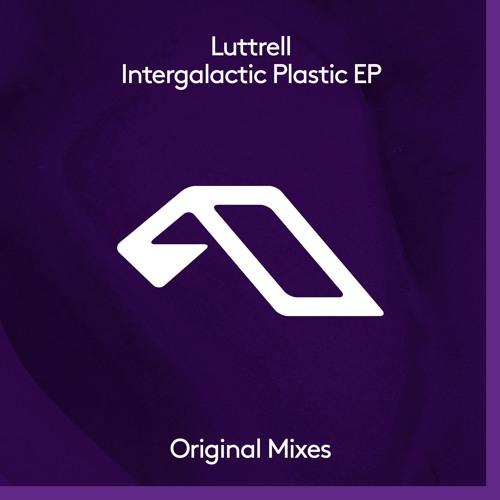 [vc_row][vc_column][vc_column_text]Luttrell is back on Above & Beyond’s imprint ‘Anjunadeep‘ kickstarting his 2018 with a three track EP called ‘Intergalactic Plastic.’

Composed of three tracks (five if you count the extended mix) the EP starts with ‘Intergalactic Plastic‘ which from which the EP takes its name. Chilly and relaxing synth mixed with wonderful melody makes this track a pure electronic gem. The EP continues with ‘What You Are‘ which features a magic vocal loop and ends with ‘Wake Me Up Tomorrow,’ a record full of rhythmic percussion and relaxing melodic vocals. This three tracks made the EP a perfect trip through your synapses spreading relaxation and serenity.

Luttrell is known for his masterfully crafted productions and he is undoubtedly one of the finest artists in the industry. Played by Annie Mac as ‘Hottest Record,’ ‘Intergalactic Plastic’ will literally take your mind into a whole new galaxy; the atmosphere and the vibe of the track are so soothing and they’re combined with a melancholic melody. The track was followed by his other release called ‘Contact’ which gives your ears a blissful & soothing vibe.

Since Luttrell’s first release on Anjunadeep, he has gained heavy support from artists like Rune RK aka Kolsch, Pete Tong, Annie Mac to name a few. Inspired by the sunsets of his hometown, San Francisco, he feels a magic vibe to be a part of this city.

Some of you might know Luttrell as one half of ‘The M Machine’, which is an American electronic music duo consisting of the man Luttrell himself & his partner Ben Swardlick, they had a couple of releases on Skrillex’s label OWSLA. This guy was inspired by Smashing Pumpkins, Nirvana, The Prodigy, etc. He also produces melodic techno and has successfully reached a million streams on Spotify.