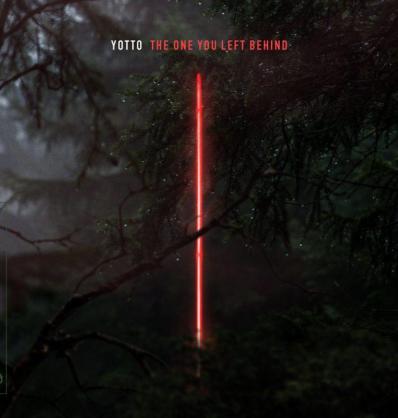 Finnish DJ and producer Otto Yliperttula, aka Yotto, has teamed up with Vok to create a melancholic track named ‘The One You Left Behind’. The record is released on Anjunadeep and it’s the first single from his upcoming album ‘Hyperfall’. It is a heavenly track and it has a magnificent uplifting vibe which is filled with emotions and a very powerful energy.

Yotto has become one of the most beloved artists worldwide and he has delivered jaw-dropping productions for a long period of time. Dulcet melodies combined with euphoric vocals are something that you can always hear in this guy’s production.

“This record is generally inspired by the feeling of having lost and found your car keys at the same time. There’s drama, distress and deep, profound contemplation mirrored with relief and relentless joy.” – Yotto about the track.

He wrote this emotional club instrumental while sitting in a hotel room last summer and always felt like it was missing the last piece in the puzzle so he felt really happy to add Vok’s vocals in this one.

Yotto announces his first single ‘The One You Left Behind’ from his upcoming album ‘Hyperfall’ and it’s just majestic, we can’t get over it.

Yotto had his first release on Anjunadeep in early 2015; that was the moment when artists like Pete Tong and Annie Mac started supporting him on their respective radio shows. His tracks reached and crossed the milestone of 40 million streams and he gained support by some big names in the dance industry like Solomun, Jamie Jones, Patrice Baumel, Eric Prydz, Adriatique and Joris Voorn.

Hyperfall is a 13-track LP and it will be released on the 7th of September. ‘Hear Me Out’ is the only record on the LP which is a collaboration, more preciously with Sønin & Laudic; rest of the songs are his own.