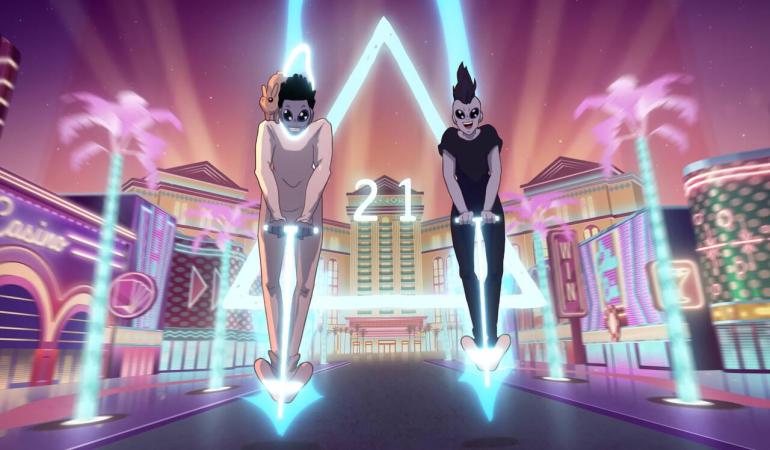 The adventures of AREA21 continue today with the release of Pogo, which follows the release of La La La, which has already surpassed over 5 million combined streams. The song evokes a sense of being completely uninhibited, living life wild and free, making it the ideal soundtrack for the summer months ahead. Martin Garrix and Maejor wrote the song, and Martin also plays electric guitar on it, demonstrating one of his many talents.

The video for Pogo picks up where La La La left off, with M & M, two alien travelers who have crashed landed on Earth and are fleeing the law, standing on their recently crashed spaceship. Their escape entails an unusual mode of transportation, a band of unlikely heroes, and a stop in the ideal location to get away from it all: Vegas, baby.

About the artist: ARE21

The music of AREA21 is based on the story of two alien travelers who are traveling through space, spreading a message of unity and good vibes, when they come crashing down on Earth. Their exploits are chronicled musically and visually in a series of songs and accompanying animated videos created by award-winning animation studio Titmouse (Run the Jewels, Dua Lipa), which will be released this spring and summer, culminating in an album due out this fall.