Innellea unveils Interstellar Remix for Parra for Cuva’s ‘Her Entrance’ 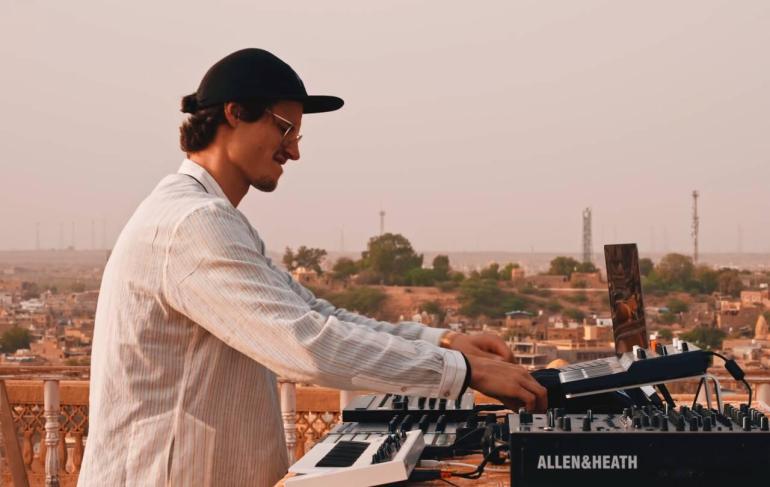 Internationally acclaimed German producer Innellea (our interview) continues his abounding run of recent studio form as he unveils his official “Interstellar Remix” for Parra for Cuva‘s iconic 2021 hit record, Her Entrance, following the release of his critically acclaimed three-track EP It’s Us in April.

The wafting and delicate melody of Parra for Cuva is interrupted by Innellea’s dark, acidic thump, which punctures the dreamy hypnotic soundworld and leads to a digital and mesmerizing dystopia. While the original track is a warm trance-inspired groove, Innellea masterfully dims the warmth with his trademark dynamic techno sonics and raw accelerated beats.

My interpretation of “Her Entrance” was shaped by the desire for extensive and intense club nights. Therefore I decided to adapt the mysterious mood of the original track and to add dynamic hi-hats and driving basslines to create a dancefloor-oriented interpretation. – Innellea

About the artists: Parra for Curve and Innellea

Parra for Cuva’s new album Juno features sounds from all over the world, but it was almost entirely recorded in the artist’s Berlin studio. But that’s the beauty of the twenty-first century: you don’t even have to leave your room to travel far and wide and be inspired by people and places you’ve never heard of. Parra for Cuva’s previous critically acclaimed album, Paspatou, cemented the artist’s position as a true innovator in electronic music, combining emotional dance floor experiments with acoustic and worldly soundscapes. Juno expands on this global exploration by incorporating the contributions of seven musicians and their various instruments.

Teho joins forces with Aalson for second single from his album, ‘Beyond’

Innellea is a neologism that was coined to describe musical reinvention. Innellea’s visions and impressions are visibly transferred into music, as she is neither restrained nor bound by conventions. He combined the roots of Techno in a very creative way, and came up with his unique and abstract sound, influenced by melodic trends in electronic music.

Stream and download Parra for Cuva Her Entrance in the Innellea Interstellar Remix here or below.