Showcasing their remarkable production techniques and textured sound design throughout the album, Cubicolor continues their unconventional rise to the upper ranks of the electronic music world. 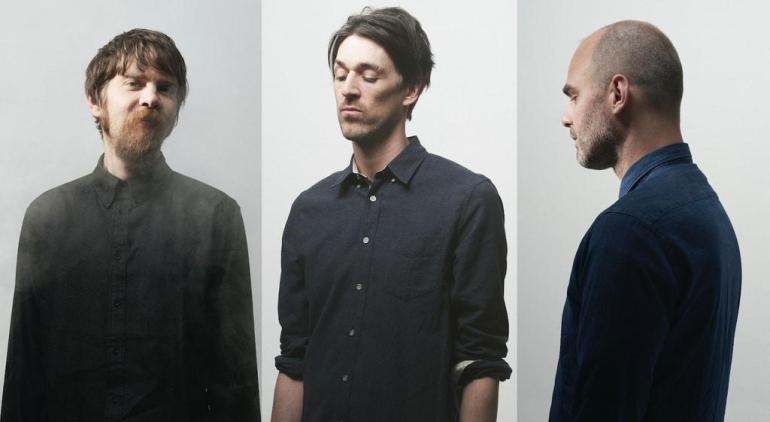 Announced back in November with the release of the first extracted Points Beyond, Cubicolor over the following months have released the other three records peaking last Friday with the full-album release. With an entire discography on Anjunadeep, the first album released back in 2016 and their debut on the label in 2014, Cubicolor has come a long way.

Kicking off with Prelude, the track introduces the album with cinematic and atmospheric melodic lines guiding the listener to Rituals; the track features an incredible vocal by singed by a trio member. The vibes are still soft and melodic with the addition of an intimate piano theme and minimal and relaxing beats. All You Needed speeds up a bit the album with its percussive rhythm wrapped around the incredible Cubicolor’s melodic signature sound. A metallic synth completes the track giving depth to the record. Melodies is for sure our favorite album track. The beginning plucked and hypnotic melody drives you away thanks also to the rolling rhythm and synths that are added over time. Minimal vibes that are then enriched with an electrified synth around the middle of the record. Moving on, Points Beyond resumes the Prelude vibes adding a charming beat that, together with its long strings bring you to a parallel world. The top vocal does the final work guiding you in the middle of the album.

Now You Know marks a turning point in Cubicolor’s Hardly A Day, Hardly A Night. The melancholic vocal and dark and rolling percussions make space to a deep and wide baseline that constantly stays into a hypnotic state without dropping nor slow down the flow. The rhythm goes harder with the album title track; Hardly A Day, Hardly A Night features an industrial kick that is opposed to the soft and quiet melodic lines and the vocal. The two components create a sort of ying-yang, with strong beats and smooth melodies. Once Around is completely built around the piano melody; it could be considered a standalone track to restart the album’s movement. Wake Me Up, instead, continues with its deep and cinematic vibes, adding real-world sound as a water-flow baseline. Again, the vocal wraps around the main theme with its monumental piano lines. Moving on, Airbeat starts the closing sequence for the album as the melodies start to become deeper and more serious. Kindling peaks these feelings, especially with the dark baseline and the contented beats. Last but not least, closing Cubicolor’s album Hardly A Day, Hardly A Night there’s Pale Blue Dot. The track opens up with a magical melodic progression, followed by a mystic arpeggio that wraps around the piano theme to close the entire production with a mesmerizing one-note echo finale.

This Cubicolor’s second album is an outstanding work started by the trio in 2018. Inspired by the cycles of time, and the cyclical movements of the planets, the new 12 track record weaves together themes of loss, hope, and acceptance. It wasn’t an easy journey as they describe:


We’re very excited to share our new record with you. We’ve put everything we had into making it. The second album is always the hardest for every artist. For us it was no different. We nearly broke up, lost loved ones, had significant health issues, but through all of that, we are still here, stronger than ever. What tied us together then and now is that we love making music. We hope that passion shines through in the music! We’d like to thank everybody that supported us so far.

There were a lot of moments when we weren’t sure we’d ever find what it was we were looking for. On the way, we lost friends, lost loves, battled health issues, lost an album, lost each other and came back together again. It feels like a lifetime has passed but the world keeps spinning and I guess we knew we would eventually find our strength and make the album we wanted to make.

Showcasing their remarkable production techniques and textured sound design throughout the album, Cubicolor continues their unconventional rise to the upper ranks of the electronic music world. Now the full Cubicolor 12-track Hardly A Day, Hardly A Night album is available via Anjunadeep (download here). You can also experience the full-length visual rendering or a special edition 2×12″ mirrored gatefold vinyl (with bonus A5 photo, art, and lyric booklet) here.