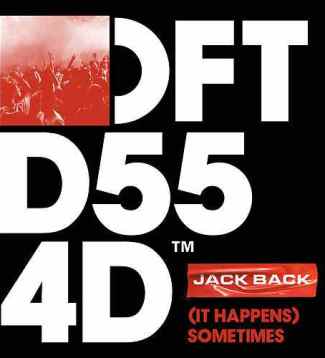 Better known for being one of the most influencing dance record makers of the last two decades, few know that David Guetta started his career as a house music DJ in the Parisian clubs. His liaison with the club culture and its’ music seemed to trail off after his pop turning around 2010, but in the recent months the French producer has shown a renewed interest for house-shaped tracks – and his recent collab with Black Coffee is the proof.

Bringing back his Jack Back alias with “Overtone” a few months ago was a real surprise for the fans, but now Guetta demonstrates his will to pursue this road with a release on the most renowned House music label, Defected Records.

“(It Happens) Sometimes” perfectly fits Simon Dunmore’s label, as techy vibes, soulful vocals and irresistible basslines all melt together in a superb dancefloor destroyer, proving that David Guetta is a 360° music producer, able to turn everything he touches into gold.