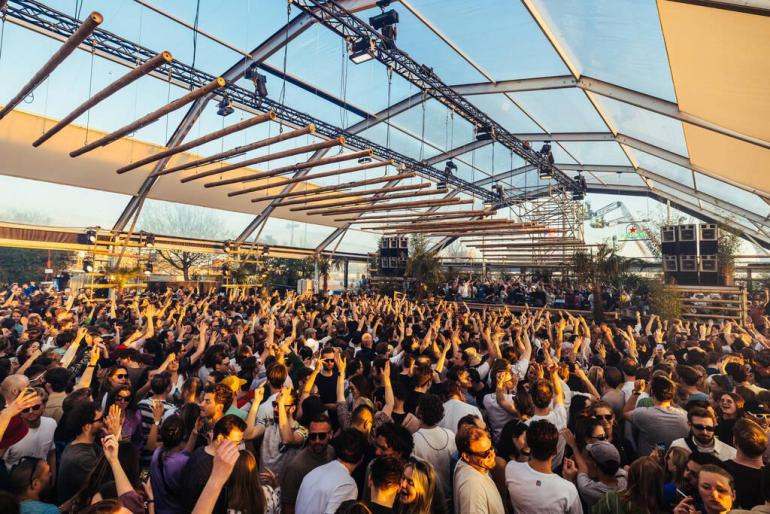 Just two weeks after their massive three-day, six-show, ADE extravaganza drew thousands of fans from all over the world, DGTL started ticket sales for their next flagship Amsterdam edition today. The festival juggernaut will return to its native NDSM Docklands on April 7, 8, and 9 of 2023 to commemorate ten years of the brand and present a brand-new theme: TRANSITIONS.

DGTL’s message is audacious, forward-thinking, and crystal clear in an exclusive new brand video that was distributed across their social networks two days ago. Carrying a deep sense of responsibility, the brand leans wholeheartedly into its desire to spearhead a new, purposeful direction within dance music and beyond.

Two hands, one human and one digital, come together in the trailer. We witness a smooth transfer between people and technology, as well as a coming together of the minds, bodies, and souls through music and art. We are cut off from the past but not yet assimilated into the future in a society that appears to be constantly going through social, economic, and environmental change. There is limitless opportunity for genuine, long-lasting change and fascinating new discoveries in this region, this void, and this era of transition. It is therefore in our hands, and anything is possible.

DGTL accomplished a significant feat in 2022 by being the first circular dance festival in history. The sustainability team at DGTL will work toward a new objective in 2023: making DGTL a successful festival that goes beyond circular. In collaboration with the city of Amsterdam, the festival will operate on the Doughnut economic model.

In recent years, DGTL has been aiming to use circular technologies to reduce the festival’s emissions to zero. By requesting that visitors assume responsibility for the emissions generated by their travel activities, we are now moving forward. It comes down to collective accountability to ensure that the visitor’s last emissions are also reduced.

The festival’s diversity, inclusivity, and community program will see even more beneficial changes thanks to the return of DGTL’s Safe(r) Project, which will also use the data gathered from its first year of operation, 2022, to guide future improvements.

About DGTL and TRANSITIONS

Since its debut in early 2013, DGTL has positioned itself as a singular and original festival. The three pillars of DGTL events—music, art, and responsibility—have helped them carve out a distinct place for themselves in the global festival scene. The Amsterdam-based festival has already gone far beyond the country’s borders with editions in Santiago, São Paulo, Tel Aviv, New Delhi and Mumbai. Of course, DGTL Amsterdam continues to serve as both the event’s spiritual and physical home.

Capping off an incredible return to live entertainment in 2022, DGTL Santiago returns on December 7 at Espacio Riesco, where it will celebrate its third edition. DGTL will also be returning to India this year, with events in Mumbai and New Delhi taking place on December 10 and 11, respectively.