Coachella 2023 lineup has been announced 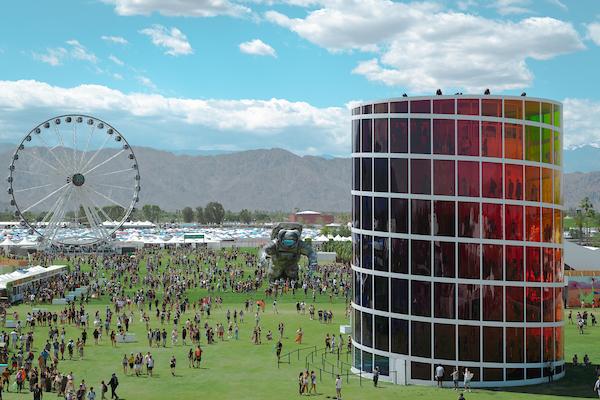 Bad Bunny, Blackpink, and Frank Ocean will serve as the festival’s headliners when it returns to Indio, California’s Empire Polo Club in April of 2023. This year’s lineup also includes Rosala, Gorillaz, Björk, Charli XCX, Burna Boy, Alex G, Jai Paul, and Glorilla. The festival, which has already been announced, spans two weekends, April 14–16 and April 21–23. See the poster and the complete lineup below.

Frank Ocean last performed at Coachella in 2012, while Blackpink and Bad Bunny both performed there in 2019. The first K-pop group to headline Coachella is Blackpink, while the first Latin American and Spanish-language act to do so is Bad Bunny.

The weekends of April 14–16 and April 21–23 mark the 22nd iteration of the event, which is held at its home venue, the Empire Polo Grounds in Indio, California.

There are “very few Weekend 1 passes left; turn to Weekend 2 for your best shot at passes,” according to the release. Pre-sale starts on Friday, January 13 at 11 a.m. Pacific Time, although passes, packages, and campsites are not guaranteed.

For both Coachella weekends in 2023, YouTube will be the only livestream partner on the festival’s official YouTube channel.

The 125,000 tickets for Coachella, the biggest music event in North America, have all been sold.

Coachella previous edition: 2022 and the pandemic

After the pandemic prompted the postponement of the 2020 edition of Coachella, which the singer was scheduled to lead, Paul Tollett, the co-founder of the festival, made an unusual announcement that Frank Ocean will headline Coachella 2023. Tollett told the Los Angeles Times that “right now, it’s the Wild West” when asked why he leaked the news so early. Simply put, I’m trying to be as fair as I can be to the creators and the fans to ensure that they finally get to see everyone we discussed.

In April 2022, the event made a triumphant return, but not without drama. Kanye West reportedly dropped out of the program less than 10 days before Coachella’s first weekend was set to begin, and the Weeknd and Swedish House Mafia took his place. Phantom Labs, a Los Angeles-based production and design company, later sued West for $7.1 million, claiming that he owed them money for work done on his postponed Coachella performance.