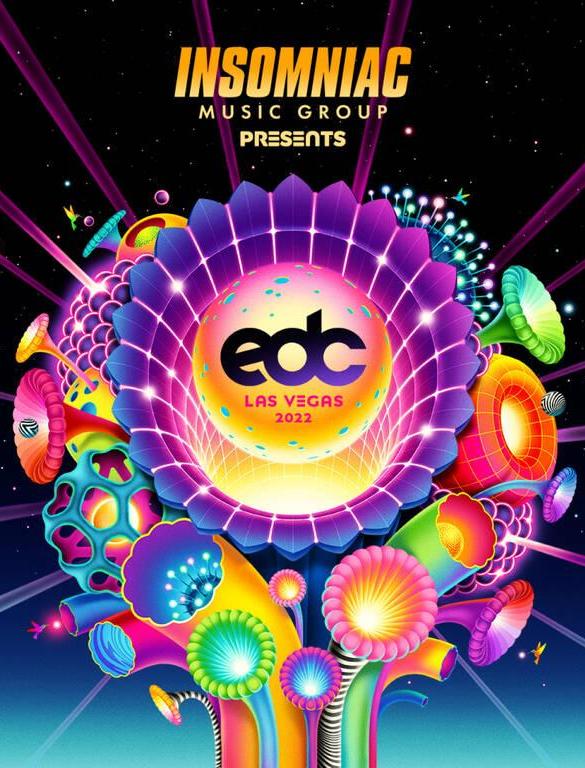 The official ‘EDC Las Vegas 2022‘ compilation, released by Insomniac Music Group, includes a total of 70 tracks drawn from a slew of artists set to perform at this year’s festival.

The Las Vegas Motor Speedway is currently being transformed into an audiovisual dance music paradise the size of a small city as EDC prepares to return to its regular schedule in May. Almost every electronic music genre under the sun is honored across its nine dedicated stages (excluding Camp EDC and the caravan of art cars), as hundreds of both world-renowned and buzzing artists descend upon the desert and flow into the multitude of genre-driven worlds that comprise the entire EDC universe. There’s a seemingly endless array of sounds and styles to explore on-site. The official ‘EDC Las Vegas 2022’ compilation is a simple way to get a bird’s eye view of the massive lineup, serving as a cross-section of the sonic footprint established during the three-day extravaganza.

This year’s compilation is the most ambitious effort to date, with the most tracks of any Insomniac festival compilation to date. The DNA of EDC’s musical identity twists around each of the stages throughout the package to provide an overview of what’s to be heard next weekend. From festival favorites to exciting newcomers, there’s a wealth of talent represented, including essentials selections from Vintage Culture, LP Giobbi, Seven Lions, G Jones & Eprom, CID, Tinlicker, Cosmic Gate, Joseph Capriati, Habstrakt & Nitepunk, Moore Kismet, Nostalgix, MUZZ, Qrion and so many more.

A few of the exclusive singles are provided by familiar faces from the Insomniac Music Group catalogs. Moscow’s troublemaking twosome VOLAC delivers “To The Beat,” a robust tech-house tool marked by bumping basslines, hip-hop ad libs, whirring flourishes and a slinky groove.

On “Turn Up,” 4B collaborates with NYC-based artist Chuwe. It’s a fierce bass house tune with a club influence that gets its appeal from bombastic horn riffs, elastic drum programming, muted hats, and a looped vocal that cherishes the joy of when the bass levels are cranked all the way up.

Jessica Audiffred and Point.Blank take the whip for their new collab “Ride,” which features a stunning vocal performance from Martay M’Kenzy. On it, they navigate through a four-on-the-floor intro and electrifying organ chords until they reach full speed on the back of guttural low-end and the perfect assortment of wubs.

JSTJR, the label boss of Group Chat, is pushing the global bass movement forward with his party-pleaser. “Gimme That” lands in the mainstage category, with a peak-time vibe fueled by galloping drums, ubiquitous whistle accents, husky vocal directives, and pummeling rave stabs tying everything together.

With his ballad about soulmates, Denver-born producer SCHALA adds some romance to the affair. Joined by vocalist Natalie Major, “Only You” masquerades around as a thumping techno cut before settling into its true euphoric trance form once the topline takes control.

Electric Daisy Carnival is celebrating its 26th year, 11 of which have been held at its longtime home, the Las Vegas Motor Speedway. The three-night marathon is an indescribable dusk-till-dawn experience that embraces all forms of rave culture. With only one week left until the largest dance music gathering in the world goes down, make sure to plug into this year’s official 2022 EDC compilation to get primed for the party.