Starting today from 11:00 AM PT until 11:45 PM PT, 19 different artists will play their incredible music live 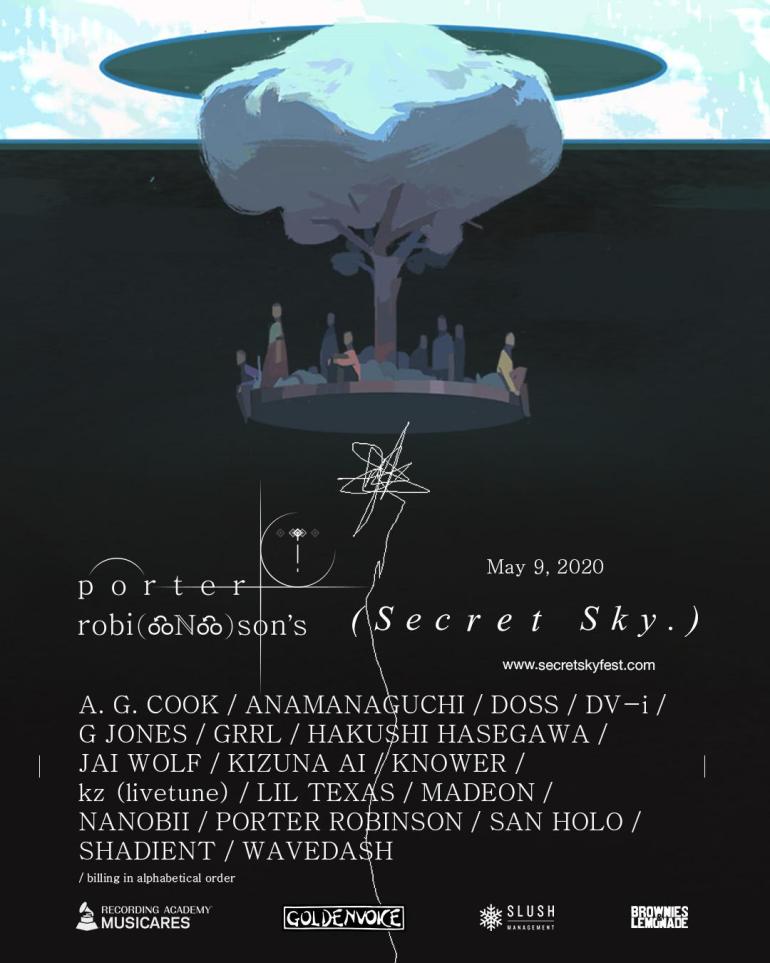 After presenting his new project Nurture early this year after a four-year hiatus, Porter Robinson has returned on the scene in full effect. In the past months, Porter has released two brand new singles that reflect his newfound inspiration and, he’s now ready to bring his music to another level.

Only some days ago, Robinson has announced he will host his own virtual festival. In the COVID-19 time and the impossibility to trow festival in-real-life, DJs and producers have moved their show online. This will be the case of Porter Robinson too that will host the Secret Sky Virtual Festival.

Secret Sky will also help music creators and professionals that have seen their work disappear because of COVID-19. 100% of proceeds will go to the MusiCares COVID-19 relief fund. Created by The Recording Academy® and its affiliated charitable foundation MusiCares®, the COVID-19 Relief Fund will help people in the music community affected by the Coronavirus pandemic.

Secret Sky Virtual Festival will be also a chance for fans to interact with virtual space. From there, you’ll be able to watch with thousands of other scribble avatars at the festival. Below you can find a little preview of the entrance to the auditorium.


The lineup includes, in order of appearance, DJ Potaro who is Porter Robinson 2010 alias where he will play an electro house set. One hour and a half later, San Holo will take control of the decks for 45 minutes. You will also find GRRL, Shadient, Doss, and more. From 7:30 PM Madeon will be live-streamed for a special performance. If you have followed him in the last months, you may have noticed he went live a couple of times for the “Ironing Board session“. After that, the main man, the host Porter Robinson will join the live for a more than 1-hour show.

Below you can find the full live stream schedule.